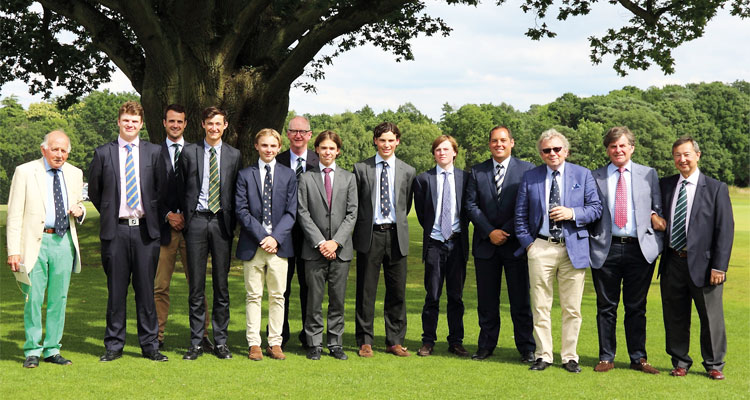 The American Swifts Exchange Programme was inaugurated at Stowe when Blair Academy, New Jersey, first brought a team of budding golfers to compete against Stowe in 1968. This remarkable initiative has expanded to include schools from across America and Great Britain, but Stowe still holds the record of the highest number of participants from a single school.

The whole day was an incredible stroll down memory lane and although we were defeated, much enjoyment and camaraderie was had by all. Following the golf, our American visitors resided at Stowe and played the iconic Stowe Golf Course prior to their departure. With golf at Stowe now beginning to thrive, we very much hope to see a Stoic representing the British Swifts team in the coming years. Special thanks must go to Peter Comber and Andrew Hancox – without all of your hard work the event would not have taken place.