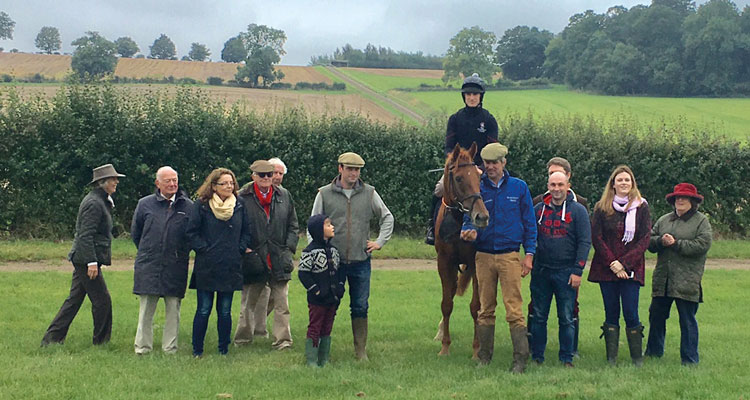 The Old Stoic Racing Club is the brainchild of Luke Brewin (Temple 02) and Henry Kimbell (Chandos 04) and it has proved a success since being launched in September last year.

Stowe’s first racehorse, Topper Thornton, finished second on his first start at Carlisle and finished fifth in a £50,000 Handicap Chase at Sandown, at the beginning of December, providing the Club and the School with coverage on ITV4.

Topper is trained by Old Stoic, Alex Hales (Chandos 92), with the aim of securing former pupil and upcoming jockey Harry Bannister (Chatham 12) as often as possible. Uniquely, the Club has decided to donate 20% of any prize money earned to Stowe School Foundation. We are also delighted to have a large span of leaving years represented in the Club, from 1953 to 2004.

If you are interested in receiving news about the Old Stoic Racing Club please email oldstoic@stowe.co.uk