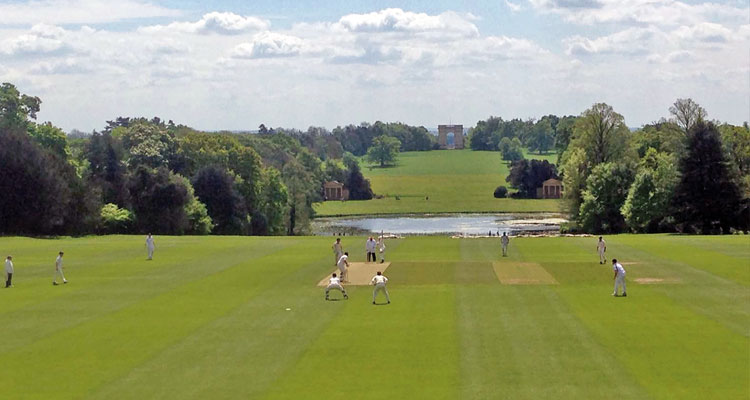 The Templars playing The Flashmen on the South Front

2016 proved to be another successful and enjoyable year for the Stowe Templars.

All fixtures were fulfilled, with the Cricket Week as usual being the stand-out part of the season. Huge thanks to Rupert Rowling (Cobham 05) and Harry Wolrige Gordon (Chatham 08) for all their hard work in this regard.

Results were the usual mixed bag. The Cricket Week produced several wins and one loss, and the other fixtures included a stunning win against the Hampshire Hogs but losses in the last two matches at Hurlingham and The Royal Household. The only real blot was our loss in the first round of the Cricketer Cup. This was against a competent but beatable Old Wellingtonian side in a re-arranged game (the first one being rained off), the re-arranged fixture meaning that several of our ‘gun’ players were not available. The OW’s got to the semi-final, which may be some consolation, but unfortunately weather-affected fixtures can make the results a bit more of a lottery than usual.

The highlight of the season was probably provided by Charlie Morris (Walpole 09). An opening bowler by trade, he was unable to bowl against the Hampshire Hogs due to a fractured wrist, so unselfishly promoted himself to No. three and smote 167 not out in short order to chase down a hefty target of 317 with some ease. Special mention should also be made of Harry Wolrige-Gordon’s five wicket haul and Rory Lyon’s (Walpole 07) classy not out 50 in a losing cause in the Cricketer Cup game.

The spring nets at Lord’s are booked (ring Adam Cossins for info), and we will be having our usual obliterating evening at The Beaufort House in the King’s Road on Thursday 23 March – all welcome.