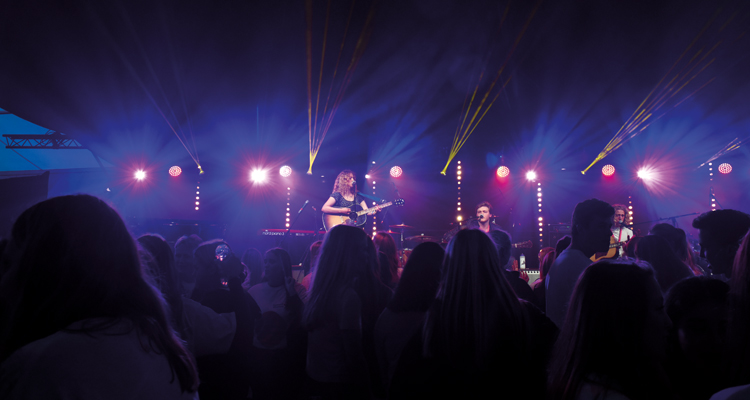 What a huge relief it has been to be allowed to attend live music events once more.

Whilst many people are still cautious about attending group gatherings and consequently, the offerings have not been as plentiful as they once were, things are beginning to return to normal.

I have selected a few gigs which Stowe-X Music attended last year which I feel are worth highlighting.

However, before going on to that, I would just like to say how delighted I am to have been joined by Shannon Devlin (Stanhope 15) as co-contributor to Stowe-X Music’s regular news bulletins of forthcoming gigs, new artist discoveries and new album release reviews and recommendations. This will give a much wider scope and a more objective view overall. 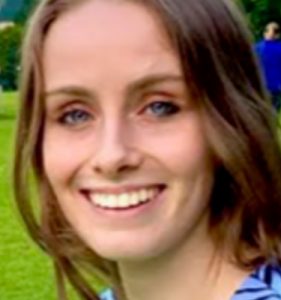 From Adele’s long-awaited album ‘30’ and her call for empathy in her single ‘Easy on Me’, to Ed Sheeran reinventing and thus re-establishing his podium position as a stellar songwriter; plus, our very own old stoics Hux and Dylan releasing their knock-out tracks, 2021 has been another year of angst (one will not mention the ‘C’ word) alleviated by artistic creation.

Personally, I’ve had a Billy Joel relapse and have been living vicariously through my favourite female artists who have been highlighting throughout the year the raw British talent we have. I was delighted to discover Maisie Peters, Griff, Olivia Dean and BEKA are all friends in real life, what a powerhouse of storytellers. I’m now wistfully hoping they have got space for one more in their unstoppable girl group…

On the British theme, there’s been a sprinkling of London Grammar this year, with their tune ‘America’ narrating the loss of love for the American dream and the fallible nature of fame to James Blunts’ album release ‘The stars beneath my feet’, which includes an array of his, in colloquial terms, bangers, including ‘1973’ and ‘You’re Beautiful’ in addition to more recent numbers.

You get in a ‘Headrush’ listening to Hux and watching their slick live performances. I too ‘love we are alive at the same time’, so we can hear yet more of their musical mastery, likened to Alt-J and hints of Jason Mraz in his earlier days.

Moreover, Dylan is indeed a force to be reckoned with. ‘You’re no Harry Styles’ was released as I wrote this and it is a euphoric anthem. With her infectious energy and shining stage presence, I think we are all wishing we could all be a bit more like Natasha Woods.

Music has a reflective quality, it forces you to ground to the present and particularly over the past couple of years, it has provided a rose-tinted lens to the unfolding events around the globe. Its omnipresence has allowed some form of stability over the past year and here’s to the next year of discovering new talent and once again getting lost in the world of stories, melodies and symphonies.

A selection of gigs we attended in 2021 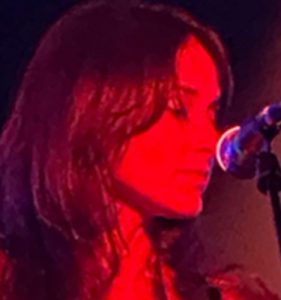 The joy of experiencing live music once again was just the panacea we needed after fifteen months of lockdown – and we got our aural and visual intake in spades as Australian singer/songwriter Juanita Stein and her excellent band took the trouble to entertain a socially distanced audience at Colours in Hoxton Square.

Juanita’s oeuvre is difficult to categorise as it covers Americana, pop and heavy rock. Performing a playlist from her three excellent albums, Juanita held us all enraptured in euphoric bliss as a tsunami of pulsating drums, bass guitar, wonderfully guitar riffs, subtle and emotive violin and keyboard flourishes engulfed us all as we revelled in the sheer joy of experiencing a live gig once more. 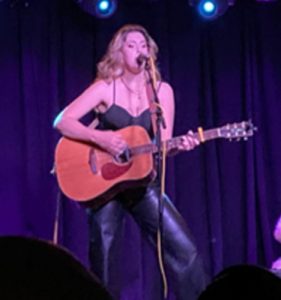 Having attended several of Natalie’s excellent gigs over the last few years, I have never seen her perform with such confidence and strength as she did on this occasion at Oslo in Hackney.

The voice has developed in power, range, clarity and note sustaining. The stage presence is captivating and totally engaging.

Natalie performed songs from her recently released EP ‘Naked’, as well as some previously released singles, which in previous reviews, I have rated as damned nearly the perfect pop songs, as well as some excellent material written when she was fifteen/sixteen.

This gig at The Half Moon in Putney was an intimate and insightful journey into the current state of pop/country creativity – and what a particularly fecund arena it appears to be judging by the output of these girls. Beth keeping gave us an insight into her oeuvre with a selection of captivating songs with highly original themes.

The Friends aspect of the show was given over to showcasing the talents of some of her song writing collaborators: Vic Allen, Nadine, Jess Thristan, Poppy Fardell and Abby Inez. 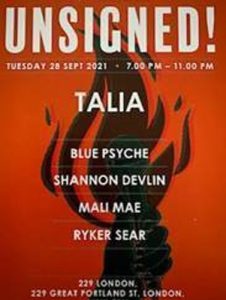 Our very own Old Stoic music gig. Please read the full report in the hard copy and online version of The Corinthian. You can also view the gig via this link: https://youtu.be/Ay7oe5iElws

Likewise, access the following links to see me interviewing all of the performers:  https://youtu.be/41OsxqK63Ek 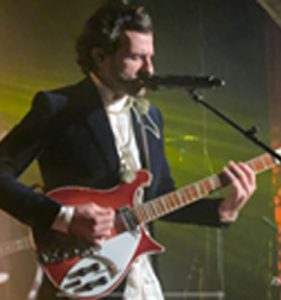 Shorn of his trademark dreads but as sartorially elegant as usual, Charles’s return to the stage after quite an absence, was an uplifting and joyful experience. Backed by a brand-new band, which gave him terrific and powerful instrumental and vocal support, Charles projected new life into old favourites such as ‘Gamble for a Rose’ whilst channelling his inner Prince on ‘Freak’ from his current album ‘Out of my Mind’ and treating us to his latest release ‘12345’. 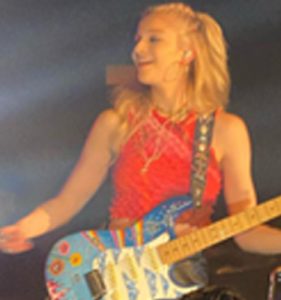 In December 2018, I went to see a girl called Tash Woods at Thousand Island, her first London gig, supporting, errr – I can’t remember who. There she sat shyly at a keyboard and was accompanied by two guys prodding laptops. An impressive performance showcasing her excellent song writing talent. I wrote in my Instagram review of that gig, that in watching her, I felt that I was watching the start of something really rather special – similar to the feeling that I had when discovering Lianne La Havas at the Village Underground some years before.

After quite a long interval a girl came on to the stage with a Fender slung around her neck followed by a guy who snuck in behind the drum kit. They proceeded to build up a simple but aggressive beat increasing to a crescendo announcing the arrival of Dylan, who instantly dominated the stage to the delight and oral rapture of her devoted following. No longer the shy performer, Tash Woods, sheltering behind a keyboard but an oven-ready superstar oozing with confidence and relishing every minute of her first Headline gig! Her energetic stage presence is full on braggadocio, though by no means arrogant but instantly engaging, and whilst giving serious welly and clear diction to her vocals, she made full use of the stage with unrestrained movement and infectious joie de vivre.

As well as showcasing her new songs like ‘19’, she also performed old favourites like ‘Bad Bitches Beat Heartbreak’. In an homage to her Dad, in recognition of his musical influence, she also slung a Fender around her neck and gave a no-holds-barred rendition of Guns & Roses ‘Paradise City’, which culminated in a Springsteen inspired kneeling guitar duel with her fellow guitarist – this, as you may well imagine, brought the house down!

Dylan is touring from February 2022. I do urge you to catch her in concert before fame engulfs her – this girl does not disappoint! 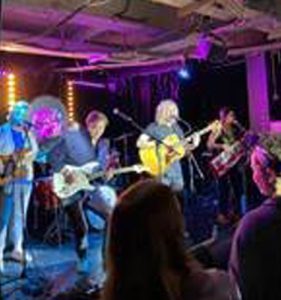 The Queen of Hoxton venue became The Queen of HUXton as troubadours, George Huxtable and Patrick Keating played to a packed house of ardent and appreciative supporters.

Hux have expanded and the new image is a great one. The addition of a drummer, bass guitarist and “Keytarist” give powerful backing to HUX’s idiosyncratic brand of Americana.

I have written about this band on several occasions and on looking back at my reviews the recurring word is “joy”. The songs are upbeat and optimistic, the harmonies soulful and elegant, George’s clear vocal delivery and Patrick’s guitar dexterity combine and work together beautifully. Every song is performed with a lightness of touch and the whole package is compellingly attractive.

Songs from their back catalogue like ‘Headrush’ and ‘Lemonade’ had the whole audience augmenting those harmonies in a wonderfully raucous way. By the way – ‘Lifeline’ is a belter!

OK – if you need a comparison, and while not exactly alike, there is a distinct vibe of the Eagles about this band – and yes, like those elder statesmen, Hux’s music is uplifting and joyful!