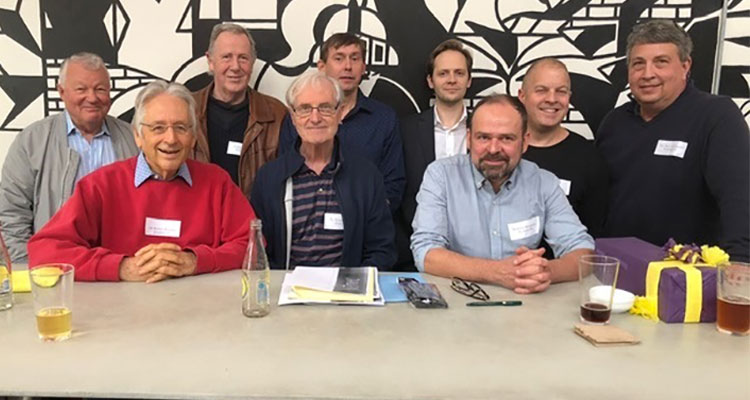 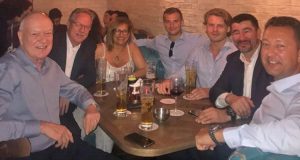 Last year, a number of events were hosted overseas by our network of OS Global Representatives. We encourage as many events as possible to happen each year and aim to bring together Old Stoics who live in the same country.

The first gathering of 2018 was held in Melbourne, Australia on 29 March, the Headmaster, Dr Anthony Wallersteiner, hosted a Cocktail Party for Old Stoics and Friends of Stowe. The event was kindly organised by Jonathan Anderson (Walpole 94) and his wife, Nina, and took place at the Alexandra Club. Over twenty guests attended. The Cocktail Party coincided with the Headmaster’s visit to Australia, to take part in an Educational Conference.

On 25 April, James Bernard (Lyttelton 90), our OS Representative for Dubai, very kindly hosted a Drinks Reception at Nola Eatery and Social House. A small group of Old Stoics gathered across a range of year groups and, as always, the evening was a great success.

Once the summer break was over and we moved into autumn, OS Representative for Vancouver, Canada, Jonathan Williams (Bruce 80), kindly organised an Old Stoic gathering at The Main Street Brewing Company, on 28 October. The afternoon was spent reminiscing and reconnecting with old friends, as well as making new ones. Jonathan organised a Stowe trivia quiz and Simon Hallam (Grafton 85) took the honours with a score of 9 out of 15, winning some Stowe goodies and a bottle of Old Stoic English Sparkling Wine. After such an enjoyable afternoon, Jonathan has confirmed that he will organise a more formal occasion in late 2019.

With Christmas not too far away, Marcel Ivison (Grenville 82), with the assistance of Mark Flower (Chatham 91), made generous arrangements for an OS gathering to take place at the Singapore Polo Club, on 14 December. In such a busy holiday period, a small gathering of Old Stoics attended to kick off the festivities in style. Once again, an entertaining and successful evening.

We offer our sincere thanks and appreciation to our OS Reps around the globe. Without their support and assistance, we would be unable to hold these wonderful occasions.

We are working on plans to hold gatherings in a wide range of countries this year, please do get in touch if you would like to lend a hand.

If you are living overseas and would like to become an OS Representative or indeed, would be interested in hosting an Old Stoic gathering, please do get in contact with us on 01280 818349 or oldstoic@stowe.co.uk