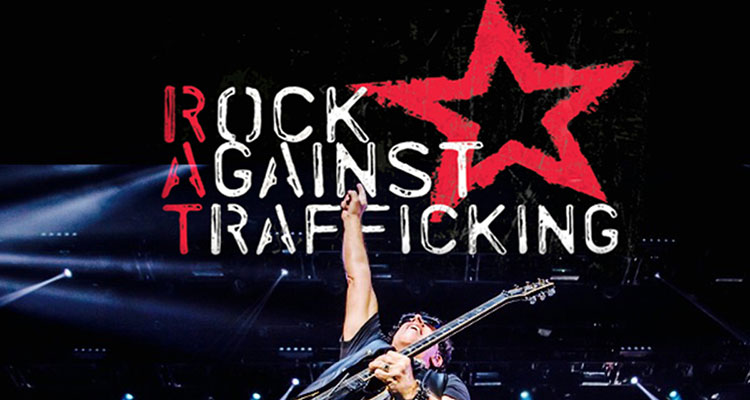 Old Stoic record producer, manager and entrepreneur Scott Dorsey (Chandos 86) has recently taken on the role of Music Director and Executive Producer for Rock Against Trafficking, an initiative from major artists to stamp out human trafficking.

Scott writes, “I am very proud to have been asked to become the Music Director/Executive Producer for an amazing project: RAT – Rock Against Trafficking. As part of our efforts to raise funds and awareness to combat human trafficking (including child sex slaves) around the world we are putting together an all star CD, Set Them Free, featuring the outstanding songs of Sting/The Police. We have already recorded songs with such superstars as Carlos Santana, Steven Tyler, Slash, Fergie and Glen Hughes (Deep Purple) and are about to announce our next list of A-listers who are keen to support this cause.”

Rock Against Trafficking (RAT) will use the power of music and the Entertainment Industry to generate proceeds and critical resources to fund the most effective charitable platforms, who work directly in rescuing and rehabilitating abused children and prosecuting perpetrators, as well as to create global awareness of the horrors of child labour and sex trafficking.