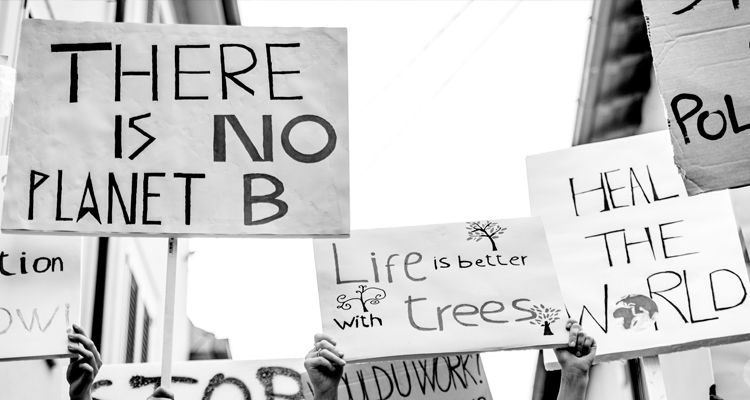 I’ve worked on the climate change issue for over 30 years. I wrote the first law review article arguing for an international agreement on climate change following an opinion I wrote as a young Barrister for Greenpeace in 1988; I helped build a coalition of most vulnerable nations called the Alliance of Small Island States, represented them in the UN negotiations for many years and in recent times have advised the annual rotating Presidency of the UN Framework Convention on Climate Change process (Peru, Morocco, Fiji and now the UK).

This year the UK Presidency formed an independent advisory group called the Friends of COP26 in which I served, and it is from that position that I offer this interpretation of events. It also explains a certain protectiveness of the process, even as I express exasperation at its slowness and weakness in the face of inertia and intransigence.

This year has felt weirdly elongated by the Covid crisis so that time seems slightly distorted, though it was designed to ratchet up commitments made by governments in the 2015 Paris Agreement. The bargain struck there was to involve all governments in the quest for solutions to the climate change problem, no matter how economically powerful or responsible for the creation of the problem, and at the same time accept the reality that countries should choose the methods and means that suit their political economy. The end objective – to limit the rise in mean global temperature well below 2-degrees C and to strive to stay below 1.5 – is universally agreed. After that, States commit to submitting their own plans, so called Nationally Determined Contributions (NCDs), to meet that objective. This provides plenty of scope for diverse responses, however a review period was also agreed to check those NDCs against the latest scientific findings and the performance of governments in delivering on those commitments every five years. The path we were on took us well past 2 degrees, meaning catastrophe loomed large.

The UK Presidency, informed by the latest science and seeing the trends in emissions, decided to push hard for the 1.5-degree target and to get countries to commit to more ambitious plans to reduce emissions and increasingly to remove carbon from the atmosphere. At the beginning of the year, some 30% of GDP had committed to a Net Zero target, by the end of COP26, 90% of GDP (153 countries) had committed to Net Zero. Progress. There is still much to do to first interpret those commitments (what exactly is meant by Net Zero in this instance?) and then implement them at pace, taking society along in what has become known as a just transition.

The more detailed rules on how to implement obligations under the Paris Agreement were finally agreed and that will feed back in to all those States who will be legislating and developing policy on climate change, which in turn will shape markets, shift patterns of behaviour and add to the momentum for changing how our economies function. Climate change is a manifestation of market failure. It is a systems problem in need of a systemic response, multiple intervention points designed to realign incentives around valuing carbon, properly respecting natural systems and our dependency upon them and enabling rapid innovation and the scaling up of technology solutions, which are now visible and attractive.

There were many agreements made in the first week – on forests (preventing further deforestation), methane reduction, electric vehicles, vast mobilisation of finance (GFANZ – $130 trillion), sectoral agreements on green steel and shipping, tracking agricultural commodities in supply chains to be sure deforestation isn’t the consequence of the production, the ending of public financing of all fossil fuel projects overseas by most donor nations (including the UK and US), China’s commitment to stop funding coal plants outside China and more detailed provisions on accounting and disclosure and reporting requirements for companies.

These agreements involve the private sector, business, investors and civil society organisations – all together, taking responsibility for their own delivery. As an example, $8.5 billion was allocated to assist South Africa to transition away from coal to renewables, a significant sum as a start, which was put together by philanthropy, expert advisers, investors and government actors. That model will be used elsewhere. It is imperative that we reduce the cost of capital to emerging economies to make the transition away from fossil fuels.

Much was made of India’s resistance to phasing out coal over time. In fact, India had already committed to a near term (by 2030) plan to have 50% renewables in its power system. Coal will never be able to compete with renewable energy on cost from now on. That battle is won. Funding the transition so that is fair to those currently employed in the sector is the real social issue. The economic case for clean energy in India, and elsewhere, is powerful; subsidies for fossil fuels (still huge, dwarfing that for the alternatives) and the wealth and political power of the incumbents are barriers; but they will fall away as renewables, storage, digital demand side management and electric vehicles converge. India and China have those technologies and the capability to grow their technology industries fast.

There was far more emphasis on nature and nature-based solutions to climate, which in turn provided a connection to the alarming loss of biodiversity we are experiencing. Most importantly, it was agreed that the ratchet process would operate next year, and year on year, reviewing commitments and their implementation so as to accelerate the shift away from the old economy to a new cleaner, greener, more resource efficient economy.

Indeed, that is a large part of the point of these COP processes – to have a fixed point in the calendar to organise a response by all the sources of real-world power – including those who represent a political movement on the streets.

No single country can protect itself or its citizens from the physical consequences of climate change on its own.

Glasgow attracted more businesses, investors and organisations dedicated to finding solutions to this complex and universal problem than ever before. No single country can protect itself or its citizens from the physical consequences of climate change on its own. Good, effective cooperation is necessary for prosperity and ultimately survival. The problem we face is not linear and it feels like it is constantly escaping us, but fortunately the exponential can work in our favour too. Technology innovation works that way and we have lived experience in computing power. Years and years of argument in the face of inertia and injustice can just shift and the changes seem obvious soon thereafter.

There is an intergenerational fairness element to climate change that requires focus; climate justice and arguments for a new crime of Ecocide are rallying support amongst the young worldwide. Those is positions of decision-making power would do well to listen intently and then help channel some of that anger towards resolution.  There is something in the concept of regeneration that feels compelling and may help cross over entrenched positions. No one political standpoint has all the answers, no single technology bullet delivers success: the organised and directed will to grip the problem and still find optimism in the future, which was on show in Glasgow, offers a powerful resource to be getting on with.