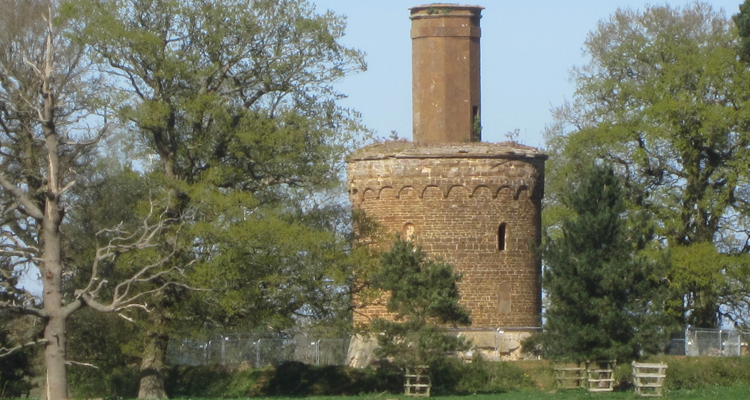 Stowe’s history reveals several significant Change Makers. These included members of the Temple-Grenville family who were concerned with two issues at the end of the 18th century: the abolition of the slave trade and rights for Catholics. Both took decades to achieve.

Lord Grenville, brother of Stowe’s Marquess of Buckingham, was the Prime Minister who saw through the passing of the Act abolishing the slave trade in 1807. Twenty years earlier, William Grenville met his cousin William Pitt the Younger, the Prime Minister, at Pitt’s Holwood estate at Keston in Kent, together with William Wilberforce – three Williams all aged 27. Under the ‘Wilberforce’ oak tree, later a famous landmark, Wilberforce announced on 12 May 1787 his life’s devotion to the abolition of the slave trade.

Wilberforce’s inspiration came in 1780 from Granville Sharp, a musician and Christian advocate. Sharp’s sister Elizabeth lived at Wicken Park near Stowe and his uncle had married a cousin by marriage of the Temple family. His name ‘Granville’ came from the Grenvilles of Stowe House in Cornwall, the source of Chuke’s woodwork now in the School Chapel.

Not all Grenvilles agreed on abolishing slavery. Lord Grenville’s nephew, the future first Duke of Buckingham and Chandos argued for a five-year delay in 1807. In 1796 he had married the heiress to the Hope sugar estate in Jamaica. However, the second Duke’s ‘Chandos Clause’ in the Reform Bill of 1832 may have helped more anti-slavery MPs to enter the Commons, paving the way for the Act of 1833 abolishing slavery, especially after the second Duke changed to supporting abolition. The second Duke sold 600 acres in 1850 for Kingston’s water supply and Lady Kinloss sold the remaining 1,700 acres for a botanical garden and university in 1914 for £5,000.

Lord Grenville also supported Catholic emancipation, but King George III was unenthusiastic, leading to the resignation of Grenville and Pitt in 1801. Legislation was not passed until 1829. Grenville’s sympathy for Catholics was encouraged by Lady Mary Nugent, a Roman Catholic who married his brother, the future Marquess of Buckingham, in 1775. From 1796 she had a Catholic chaplain at Stowe, the librarian, the Rev. Charles O’Conor.

In 1792, Britain faced a wave of French refugees crossing the channel to escape the French Revolution. A committee to support them had the musician Dr Charles Burney (a friend of Sir Joshua Reynolds) as secretary, who taught painting to Lady Buckingham. She became leader of the Ladies Committee, which included Lady Camelford, Lord Grenville’s mother-in-law.

They raised £600 to help the 600 French refugee clergy. These were allowed accommodation at Wren’s King’s House in Winchester, suitably modelled on Versailles, helped by Admiral Samuel Hood, Lord of the Admiralty, a Temple relative. Lady Buckingham visited Winchester frequently to comfort the sick and bring fish on fast days. She supplied materials for knitting and set up a tapestry workshop for 200 as a means of self-help. Lord Buckingham was also involved – with his Bucks Militia encamped near Winchester in 1793 during the war with France, he helped the refugees by providing furnishings, tools, books and flannel for clothing, while buying from them 600 pairs of gloves for his troops.

The Buckinghams let King Louis XVIII and other Royal French exiles use Gosfield from 1807 until they moved to Hartwell in 1808. On 13 January 1808, Lord Buckingham renamed the Keeper’s Lodge as the Bourbon Tower in their honour, after the Bourbons planted 32 oak trees around it. The Tower still stands guarding Stowe’s playing fields, a lasting tribute to Lady and Lord Buckingham’s roles as Change Makers in providing for cross-channel migrants.