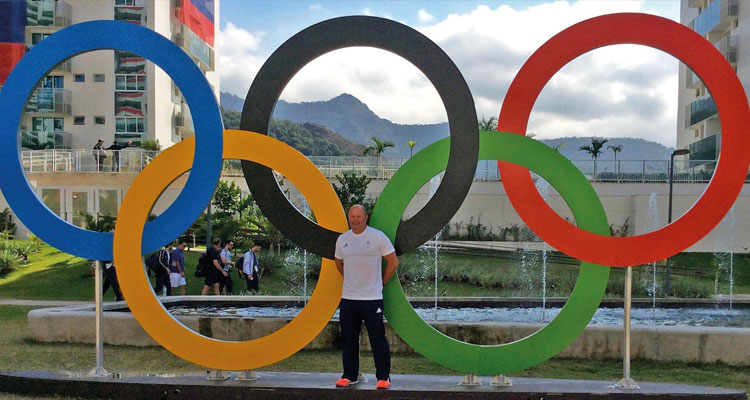 There are times in your life when you can remember where you were and what you were doing when certain events happen. I certainly remember where I was when the men’s Hockey won Gold in 1988 and when England won the Rugby World Cup in 2003. Well, whilst 9 million people were watching the GB Hockey women win Olympic Gold in dramatic fashion against the Dutch on television, I was actually there with them! I still pinch myself, as it does feel slightly surreal. 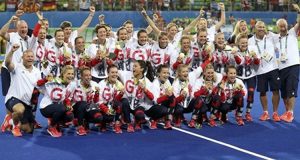 I have been involved with England Hockey since 2001 and Chief Medical Officer since 2004. During that time, I have had the privilege of travelling and looking after the men’s and women’s teams at several major tournaments including 3 Commonwealth Games, 3 Olympic Games and 4 World Cups.  I have certainly experienced the extreme lows and highs of the sport, including the women not even qualifying for the Athens Olympics in 2004 and coming last in the 2013 World Cup, to the men winning European Gold in 2009, the women in 2015 and, of course, the Gold medal for the women in Rio. As such, I have known the players a long time and experienced some of the emotions that go with winning and losing, hence my reactions at the end of that match in Rio!

In Rio, my job was to travel as team doctor for both men’s and women’s teams. The team travels with a lot of support staff; Physiotherapist, Psychologist, Strength and Conditioning coaches, Video Analyst and Coaches, so I was a small cog in the team although the only member of the support staff covering both teams.

My role is to look after the health of both athletes and staff, including general illness and on-the-field injuries. A successful trip is one with nothing to do but this rarely happens! However, I still go by the mantra of “prepare for the worst and hope for the best!”  Over the years, with the increased fitness and preparation of the athletes, more training and match days are now missed through illness rather than injury. Therefore, prevention of illness is one of the priorities, but optimising performance is also essential, including maintenance of hydration, avoiding heat exposure, cooling players during the game, recovery strategies between matches, sleep quality and nutrition.

During a match, my main role is to patch up any injured player and then, afterwards, often with the help of the Physio, to try and make sure they are fit to play the next match (often only 24 hours later). Therefore, matches can be quite busy and between matches can be hectic with stressed players, coaches and doctor, particularly an injury that may prevent an athlete starting the final!

In Rio, emotionally, I had to deal with the low of the men not going through to the quarter finals, to the high of the women remaining unbeaten and then winning their historic Gold medal. Normally, no one is aware of me on television (having been involved with Professional Rugby and Football, as well as Hockey, in the past). When I came back into the changing room after the final and saw that my ‘phone had an unprecedented amount of texts, emails and other messages, only then did I realise how many people had witnessed the final and my “15 minutes of fame” after running onto the field and hugging everyone!

I had decided to resign from Hockey some months ago, at the end of the Rio Olympics, to concentrate on other sporting projects but I couldn’t have asked for a better way to finish with the sport.