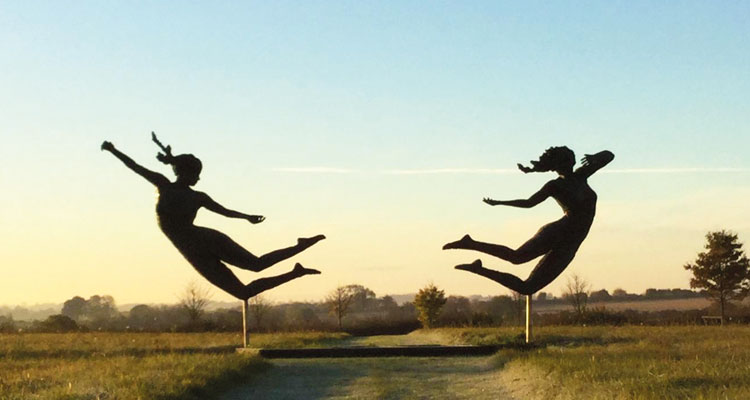 David Williams-Ellis (Temple 77) is one of the world’s leading figurative sculptors, whose unique life size, portrait, bird and animal sculptures are cast in bronze, silver and glass. His work has been exhibited and collected worldwide.

“I need my sculptures to live and breathe and to be powerful in their own energy and movement.”

David’s work has earned him international recognition and acclaim. He has worked on a number of prestigious commissions, both private and public, and his work is exhibited and collected worldwide.

Best known for his representations of the human form, David works primarily in clay and casts in bronze, silver and glass. Drawing on classical training in Italy and the romanticism of Rodin and Bourdelle, whilst incorporating a contemporary feel, his sculptures are noted for their balance and poise.

David started sculpting as a child at school. He attributes his early start in his career to a helpful teacher who “was a painter by practice, but a sculptor by inclination”. Art also runs in the family; his parents were talented amateur artists, his sister Bronwyn is a successful ceramicist and his wife, Serena, a renowned interior designer.

On leaving Stowe, David received his classical training in Italy under Nerina Simi in Florence and worked as an apprentice marble carver in Carrara. It was a chance encounter with a young girl sitting on a pillar that planted a seed of inspiration that would become his signature style. Returning to the UK, he attended the Sir John Cass School of Art.

David has a large workshop and studio in Cumbria, and he also divides his time between London and Wales.