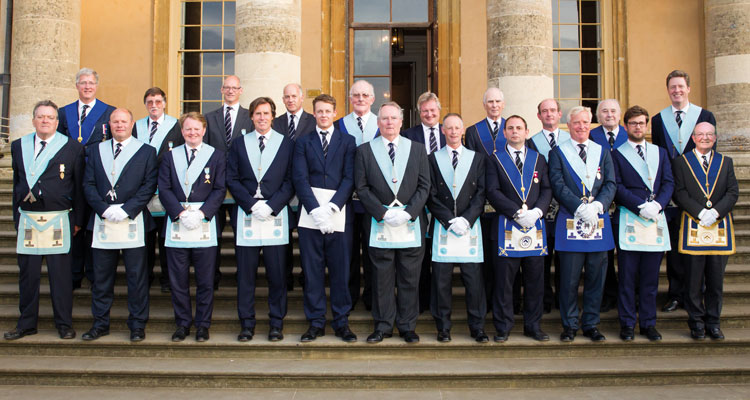 A happy and successful year.

A couple of years ago, I outlined what Freemasonry is about: friendship, charity and integrity, and last year we looked at what this means for some of our members; “It has been one of the best decisions I have made”. This year I would like to give a more general update on the Lodge and Freemasonry.

2017 marks the 300th anniversary of the founding of the United Grand Lodge of England (UGLE). This is important as on 24 June 1717, UGLE was founded to govern all Lodges under the English constitution and for the last three centuries it has overseen English Freemasonry, co-ordinated our charitable activities and preserved and enhanced our traditions so that they remain relevant to our members and to society as a whole. There are many activities planned to celebrate this occasion, for example, around 10,000 people going to a special race meeting at Ascot in June or 4,500 people going to a celebration in the Royal Albert Hall in October, but a priority is to provide the London Air Ambulance Service with another helicopter to go with the one which Freemasonry previously helped them to buy.

Last year was the 35th anniversary of the Lodge, and whilst not as historic as the 300th, it was in its own way an important milestone. On 18 June 1981, the Lodge was consecrated by our founders: Sir John Perring Bt. (Grenville 48), Ronald Peatfield (Temple 31), Richard Rossdale (Temple 41), Christian Briant (Bruce 35), David Dew (Chandos 53), Keith Knowles (Temple 52), Simon Waley (Walpole 53), Anthony Lucas (Bruce 44), Peter Keens (Grafton 50), Peter Rossiter (Cobham 50), David Duckworth (Grafton 50), Bryan Toye (Grafton 56), Roddy Burwood-Taylor (Bruce 66) and The Hon Mr Justice Rooke (Chatham 49). At the time of setting up the Lodge, our Founders were senior Masons and they established a superb ethos in Lodge; so we uphold the traditions of Masonry but do so with a certain Old Stoic style! As the Lodge progressed, so did our contact with the School and in 1997 we established our bursary programme. To date, this has helped 17 pupils stay on at the School who might otherwise have had to leave and has contributed over £110,000 in fees. As a Lodge we are enormously proud of this assistance and extremely pleased we can give something back to the School and allow others to continue to benefit from all it has to offer.

To mark the 35th anniversary, we invited a number of special guests to our meeting and dinner in June; those people who have helped the Lodge become what it is today. We were graced with the company of many senior Masons the most senior of which was the Pro Grand Master, Peter Lowndes, who is number two to the Duke of Kent in leading English Freemasonry. At our dinner, we were also extremely honoured by the presence of the Headmaster, Dr Anthony Wallersteiner, and we hugely enjoyed his company.

As normal after our June meeting we dined at the Oxford and Cambridge Club and ate a special celebratory meal consisting of, amongst other things, smoked salmon, lobster, caviar and lamb. These were accompanied by premier cru wines and vintage port and Madeira, which were generously provided by a couple of our members. The evening was a triumph and a fitting salute to our Founders and resulted in a number of guests writing to us to remark:

“Congratulations on a spectacular Stowe meeting last evening. I cannot remember seeing and enjoying another in the same class.”

“I felt very privileged to be able to be with you all at yesterday’s most memorable meeting. What a happy occasion that was.”

“I can’t thank you enough for a splendid evening last night. If every Lodge carried out their work with such skill and efficiency I can’t help feeling that masonry would be very much stronger.”

Another highlight of the year was our meeting at the School in September. This was notable for two reasons: Firstly, we initiated a recent School leaver into the Lodge and his father, uncle and godfather all took part in the ceremony. Secondly, we were given an outstanding tour of the house and grounds by the Headmaster. This included seeing the view from the top of the house, which impressed both old Stoic and non-old Stoic alike!

So 2016 was an extremely happy and successful year for the Lodge.

2017 promises much the same, as we continue to welcome the new joiners from 2016, add four additional 2017 joiners to their ranks, our members promoted by Freemasonry continue to excel at their appointments and the Lodge continues to provide a happy and vibrant place for its members.

As ever, if you would like to find out more about Freemasonry or Stowe Lodge then please do not hesitate to contact me at ianbendell@hotmail.com