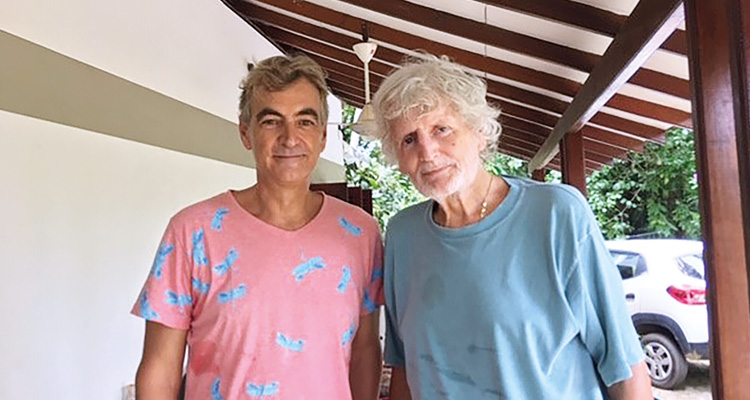 John Burns (Grafton 62) arrived in Sri Lanka to visit his daughter Emily when lockdown hit in early March – he stayed until late June. Emily is a volunteer at the street dog charity WECare Worldwide, where Richard Lunt (Grafton 79) also volunteers. The Stowe link was discovered over coffee, along with many other points in common.

Both have worked in Yemen and Iraq; John as a foreign correspondent (his final post before retiring was as London Bureau Chief for the New York Times) and Richard with the British Council (Yemen) and later as an Education Consultant (Iraq).

John was in the Iraqi capital interviewing Saddam Hussein’s hapless Minister of Information, ‘Comical Ali’, proclaiming ‘the collapse of the American Empire’ even as the vanguard of invading American troops could be seen over his shoulder cooling their feet in the River Tigris. Richard met Ministry of Education officials post Saddam’s fall, flown up from Baghdad to the northern (and then safe) city of Erbil.

Both have also been instrumental in setting up Stowe links; John with Harvard and Richard with the Cadet Colleges in Bangladesh. Both love cricket and admire Sri Lanka’s Kumar Sangakkara. Both have had Tibetan terriers in the family!

Watch this space to see where the two will meet again!