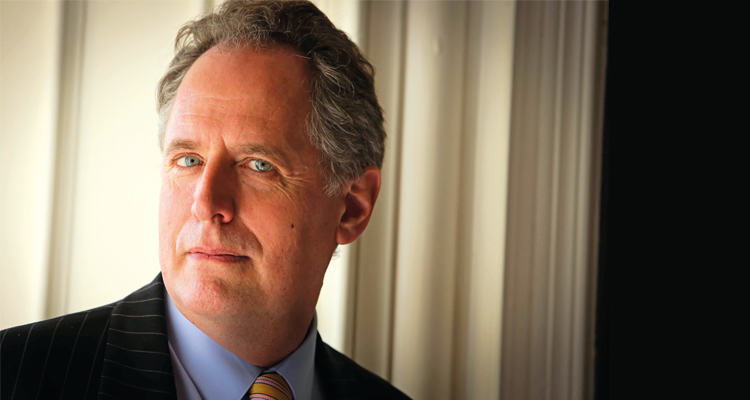 No one can pretend that 2020 was an easy year: the unwelcome appearance of a novel coronavirus in the early spring has led to over 100,000 deaths in the UK alone, three lockdowns, two physical closures of schools, psychological hardship and an unprecedented escalation of the national debt in peacetime.

There is disillusion as a result of promises quickly made and swiftly broken; expectations inflated for short-term lift, but resulting in long-term disappointment. It is extraordinary how quickly we became accustomed to words and phrases such as lockdown, self-isolation, face coverings, PPE, social distancing, circuit breaking, R numbers and community transmission. Yet, amid all this gloom, we should not be afraid and take solace in the Christian message of truth, light and love. The optimist invents the aeroplane, the pessimist invents the parachute – anyone working in education has to be an optimist, lighting fires, not filling buckets.

Young people are often unfairly accused of being self-absorbed, shallow, narcissistic and materialistic. These calumnies have been disproved by the generosity and public-spiritedness of Stoics and their families who volunteered, helped elderly neighbours and undertook innumerable challenges to raise funds for charities. Projects included stocking and replenishing foodbanks, catering for key workers, helping vulnerable children in schools, combating the spread of Covid-19 in refugee camps and improvised settlements, keeping a school in Romania going during the pandemic, supporting animal sanctuaries, raising funds for Seafarers UK, sending over 400 shoe-boxes filled with Christmas presents to children in Bulgarian orphanages and filling hampers for local families struggling to make ends meet. As we reflect on a year which has presented more than its fair share of challenges, we should give thanks for the gifts of friends and families and the community bonds which bind us together. The overwhelming majority of Stoics and staff engaged in the national effort to work collectively to create a better society and they have demonstrated resilience, courage, compassion, gratitude and a sense of service.

On Tuesday 5 January 2021, Swanbourne and Winchester House joined the Stowe Group of Schools and it is incredibly exciting to welcome Emma Goldsmith and Jane Thorpe, Heads of Winchester House and Swanbourne, to the Stowe Executive Leadership Team. We will be developing the Stowe Group’s strategy over the coming months, sharing resources and facilities, welcoming teachers, prep school children and their parents to our events. All three schools embrace a culture of continuous improvement and are enthusiastic about creating Change Makers who will show leadership, creativity, originality, intelligence, empathy and compassion while changing the world for the better. It is not an exaggeration to say that the formation of the Stowe Group is the most significant strategic decision taken since the formation of the partnership with the National Trust in 1990.

The physical closure of the School presented teachers with the opportunity to re-imagine and re-invent how subjects can be brought to life in a fully digital, remote, home-learning environment. From March until June 2020 we delivered 20,000 live lessons via Microsoft Teams and this number is likely to be equalled during the Lent Term. The School adapted remarkably quickly to the challenge of operating in a virtual world and our overriding aim has been to offer an online curriculum which reflects the normal working week of the School and encourages Stoics to stay stimulated and engaged in their studies. Houseparents continued to check the pastoral pulse of Stoics by providing wrap-around care and our sense of community was maintained through virtual Chapel services, although the lack of congregational singing is sorely missed. We even held our first ever open-air Armistice Day Service for the whole school on the North Front on 11 November: a truly moving and memorable event.

While lockdowns have disrupted the normal games programme, we adapted resourcefully to the new circumstances: Mr Jones and Mr Sutton created an engaging co-curricular and sports programme to enable Stoics to stay fit, motivated and competitive. A highlight was Sports Day on 22 May, which saw some astonishingly impressive individual and collective performances: Dan Roberts (Lower Sixth, Grenville) cycled an impressive 200km (further in one day than I travelled in three months) and many others pushed themselves to run further and faster than they had ever done before. Participation levels from Nugent (85%), Winton (83%) and Cheshire (82%) testify to their House spirit and willpower. In the Michaelmas Term, Stoics were able to play rugby, hockey, basketball, tennis and badminton. We held cricket matches on the South Front until the end of October and were allowed to swim, ride, play polo and go beagling – the Grafton Hunt was even able to meet at Stowe on 8 December.

In the absence of competitive fixtures, sports coaches have shown impressive creativity by introducing Gaelic football and embracing the advantages of co-education in running mixed sessions of netball, hockey and lacrosse. We even managed to organise a whole-school cross-country run on 17 October and new course records were set. The golf course is an unqualified success and the Laddie Lucas Golf Competition was one of the highlights of the Autumn Term. Things almost seemed “normal” on the final Saturday, 5 December, with superbly competitive rugby matches played on the North Front and the girls’ 1st XI, 2nd XI, 3rd XI and U16A hockey teams returning victorious from their fixtures against Bloxham.

While we have all missed the variety of live performances and the extraordinary programmes brought to us by Arts@Stowe, our musicians have discovered new online platforms, attracting far bigger audiences than any of our performance spaces could usually accommodate. If you haven’t yet watched any of these concerts, I strongly recommend a visit to the website: stowe.co.uk/school/stowe-tv.

The penultimate week of the Michaelmas Term saw the production of The Coram Boy with a cast of over 60 enthusiastic and talented actors telling a compelling story in socially distanced bubbles in front of a grateful audience starved of live theatre since the middle of March. The blend of live theatre, music and film was compelling and reminded us of the central importance of the arts in our lives.

Hope means believing in the possibility of change which is why we have embraced the Change Makers philosophy which empowers Stoics to navigate, adapt and thrive in a turbulent world. We want this vision to spread throughout the Old Stoic networks as we can achieve so much more when we join together working for the common good instead of existing in our self-contained silos.

Central to the message of our Change Makers vision is, of course, Change 100: our mission is to raise a transformative endowment of £100 million that will allow us to provide life-changing opportunities for talented and deserving children from disadvantaged families. I have been much heartened by the incredibly positive response from Old Stoics to the launch of Change 100 and we are grateful for your support. We will be publishing our first annual Change 100 Report later this year when we will reflect on our fundraising progress and report on some of the Change 100 beneficiaries. We will spend the first £1m that we raise every year on funding places for children in that academic year. You will be pleased to know that we have already received a high number of applications for places which will be awarded this year. My sincere thanks to everyone who has already supported and invested in the Change 100 Vision.

At Stowe we are a community, a single entity, in which we all must play our part, Stoics and Old Stoics, young and old alike, creating something special, capitalising on the innate kindness and goodness which lies within each and every individual. Few people set out to be heroes, but what we can achieve together can be truly heroic.