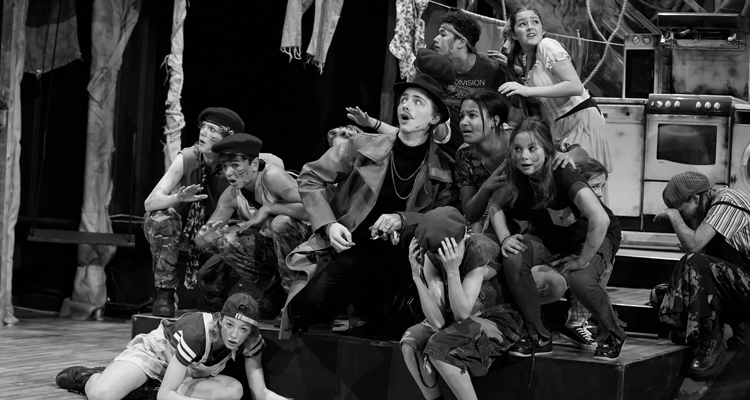 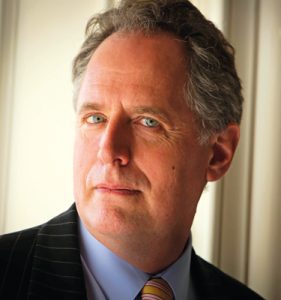 The Change Makers vision and strategy is designed to future-proof Stoics so that they are agile, ambitious and ready to face the challenges presented by a volatile and rapidly changing world.

Society and education have changed a great deal since the national curriculum and assessment framework were introduced in 1989. Our current system is too focussed on qualifications at the expense of broader educational aims such as helping young people to enjoy learning, make progress and become responsible individuals contributing positively to society. An OECD report published in 2019, ‘The Future of Education and Skills 2030’, stated that “core knowledge, skills, attitudes and values for 2030 will cover not only literacy and numeracy, but also data and digital literacy, physical and mental health and social and environmental skills.” We recognise that the present curriculum falls short in promoting the values, creativity, critical thinking and problem-solving skills needed for personal agency and fulfilment. Stowe’s Change Makers vision encourages pupils to excel in exams and compete for places at the most academically selective universities, but it also prepares them for the tests of life, not just a life of tests.

The strategy focusses on developing core skills which include creativity and innovation, critical thinking and problem solving, communication, analysis and interpretation, collaboration and leadership. The vision of our founding Headmaster, JF Roxburgh, of a modern, humane and liberal independent school is even more relevant in today’s complex, challenging and changing society. For nearly 100 years, Stowe has provided a rich and diverse educational experience rooted in the belief that each pupil has unique qualities and talents waiting to be discovered: the jewel within – waiting to be unearthed, burnished and then dazzling the world. Old Stoics have re-imagined how we do business – Sir Richard Branson (Cobham/Lyttelton 68), saved millions of lives through medical innovation – Marc Koska (Bruce 79), stood up against tyranny at considerable personal risk – Sir Nicholas Winton (Grenville 27), inspired philanthropy on a global scale – Leonard Cheshire (Chatham 36) and created the image of the quintessential English gentleman – David Niven (Chandos/Grafton 28). It is now up to the next generation to continue this tradition of disrupting the status quo by challenging conventional orthodoxies.

We are opportunity-led and believe that schools within The Stowe Group must equip pupils with skills which will enable them to thrive in this fast-moving world. Change Makers are being prepared to use technology which hasn’t yet been invented, gain skills for jobs that don’t yet exist and learn to solve problems which we haven’t even begun to comprehend.

Instead of a culture of learned dependency, we encourage pupils to develop team work, thought leadership and take advantage of the limitless access to information made possible by advances in robotics, programming and artificial intelligence. The continued importance of uniquely human cognitive abilities – creativity, empathy, selflessness – means that the future of the workplace is unlikely to be dominated by robots. Instead, we must learn to harness the optimal power of human and artificial intelligence in tandem.

Change Maker achievements in the Autumn Term included the 1st XV rugby team reaching the semi-finals of the National Plate Competition, the girls’ hockey 1st XI finishing second in their league, our U15 netball squad reaching the national quarter-finals and Stowe’s golf team coming fourth in the World Amateur Independent Schools’ Golf Tournament. Whole School events included a 10k sponsored walk for Noah Cosby (Upper Sixth, Temple), which raised £20,000, an inspiring talk by former child-soldier, Emmanuel Jal, and an Armistice Day Service on the North Front, which was led by Revd Tim Mullins. Live performances returned to the Roxburgh Theatre and the Ugland Auditorium. Audiences were in turn thrilled and charmed by the musical ‘Oliver!’ which was the first production to feature actors from all three schools in The Stowe Group. Among the many first-class concerts were a Celebration of Baroque Music, Champagne and Jazz, a recital given by recipients of music exhibitions and scholarships, the Winter Concert and a memorable House Singing Competition.

The introduction of Change Maker skills has already seen a wide range of changes throughout the School. Learning logs require pupils to self-reflect and work out what they need to do for themselves by taking responsibility for self-improvement and independent learning. Classrooms are rapidly changing with different lay-outs to suit individual and group learning styles and displays showing work in progress instead of the highly polished finished artefacts created by star pupils. The Stoic Charter is updated each year by the pupils and reflects the pluralism, promise and potential of the School. The document represents their wish to be considered as equal members of a community in which their rights are respected and upheld. Pupils expect to receive outstanding levels of pastoral, academic and coaching support and to be able to enjoy a well-balanced life at School. In return, pupils pledge to pursue intellectual excellence, develop their cognitive, physical, social and emotional selves, abide by the School rules, respect the rights of everyone who works for The Stowe Group and contribute constructively to School life by becoming Change Makers.

The Stowe Award provides a pathway to Change Maker skills: it encourages pupils to gain useful qualifications, skills and experiences while engaging in all areas of School life. The strengthening of pupils’ physical, emotional and spiritual well-being through coaching and mentorship enables Stoics to be their best, do their best and feel their best.

Stowe is a catalyst for change by providing generous Change 100 bursaries and prioritising social impact.

Stowe is a catalyst for change by providing generous Change 100 bursaries and prioritising social impact. Our aim is to build an endowment of £100m which will promote social mobility by allowing unprecedented access to schools in The Stowe Group, regardless of an individual’s financial means or circumstances. Through Change 100, our ambition is to enable talented and deserving children from financially disadvantaged backgrounds to benefit from a Stowe education and fulfil their potential. Change 100 is the first step that will ultimately make The Stowe Group a destination where children with talent, character and ambition will not be denied entry and can become Change Makers of the future. Change 100 will provide not only transformational opportunities for children to thrive in our schools, but all of our communities will benefit from their presence and their diverse perspectives on life.

Stowe stands in the most sublime setting of any school in the world and embodies beauty and liberty. We have reached a defining moment in the history of our planet with forest fires sweeping across Europe and North America, unprecedented and deadly floods, record temperatures, rising sea levels and soaring oil and gas prices. This is caused by human-made greenhouse gas emissions from fossil fuels and the destruction of the natural world. Stowe is committed to protecting the environment and becoming one of the world’s most sustainable schools. Stowe hosted the world’s first Schools’ Climate Action Day in October 2021 and announced its ambition to reduce the school’s carbon emissions to net zero by 2040. We pledged to find ways to become more adaptive, more responsible and greener, using the framework of the UN’s Sustainable Development Goals to develop a comprehensive Environmental Stewardship Programme. We have already set in motion plans to reduce food, energy, water and material waste and recycle 75% of what is thrown away. Sustainability is not a stand-alone strategy, but is embedded in The Stowe Group Master Plan, informing every infrastructure and development project and shaping our partnerships with the National Trust and Stowe House Preservation Trust.

Change Makers gives us a strong vision, strategy and narrative which articulates our collective purpose and provides organisational resilience. The Change 100 emblem of the martlet is a fitting heraldic symbol: always on the wing, the martlet is an allegory of our quest for knowledge, learning, adventure and self-improvement. We change ourselves, then change others and together we can change the world.