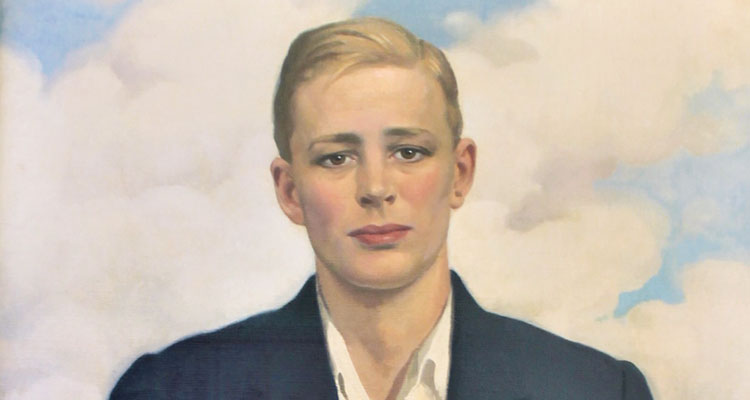 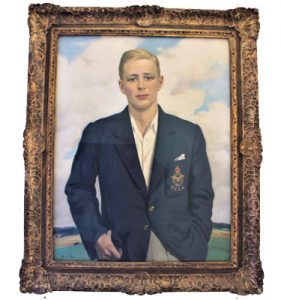 The Watson Art School was donated by Geoffrey Watson in 1934 and was designed by R Fielding Dodd as Stowe’s first modernist building. He gifted this in memory of his son, Douglas, who attended Stowe as a member of Bruce House from 1924 until 1929. While at Stowe, Douglas excelled as a sculptor and artist, played rugby for the 1st XV and was Head of Bruce. He read architecture at Pembroke, Cambridge and joined the RAF as a Reserve Officer in the University Air Squadron. Having qualified as a Pilot Officer in his second year at Cambridge, he flew an Armstrong Whitworth Atlas Mk I from RAF Duxford, Cambridgeshire to RAF Netheravon in Wiltshire. On Friday 17 June 1932 Douglas Watson was tragically killed, aged 21, when the plane span out of control and hit the ground on its approach to RAF Netheravon and was damaged beyond repair. Although the accident occurred before Hitler’s appointment as Chancellor of Germany in January 1933, Douglas had taken up flying as he feared another war with Germany (the growth of private gliding and flying clubs would have been seen as a sign of what was to come).

Douglas’ father commissioned the distinguished portrait painter, Sir (Herbert) James Gunn RA, to paint a portrait of Douglas posthumously. It is a wonderfully evocative and mournful piece in which Douglas is portrayed as a Bridesheadian figure proudly wearing his blazer with an RAFRO badge. My brother Michael and I both believe that the best permanent home for the portrait should be at Stowe, next to the commemorative relief and plaque which explains the significance of the donation and the naming of the building in Douglas’ memory.

The portrait will remain a memorial of our Uncle, the first Old Stoic casualty in the Armed Services. His tragic death was a prelude to the 270 Old Stoics who were to sacrifice their lives during World War II while serving in the Armed Forces. We hope that the portrait will inspire future generations of Stoics to emulate Douglas’ academic and intellectual achievements, as well as his great bravery as a Stoic.