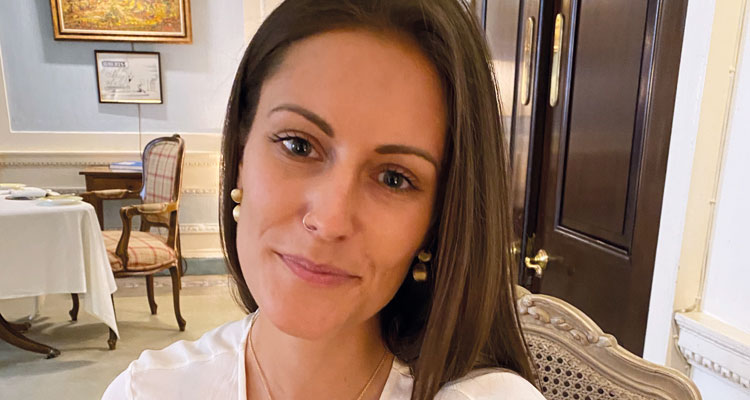 An Interview with Georgina Lamb

The David Shepherd Wildlife Foundation has been established for 36 years now and was started by your grandfather, the renowned painter, David Shepherd. During its existence the foundation has done fantastic work with, not only endangered species, but all wildlife species and it has a fantastic reputation. Becoming CEO must be a real challenge, how do you see the future?
For me, it is just such an honour to be able to continue the legacy that my grandfather started. If you look back at the reasons the foundation was first established; to give back to the wildlife who grandfather felt he owed a debt to for his painting success, that is still at the very heart of what we do. However, we are having to adapt and evolve, especially in the most recent climate where the challenges have never been bigger or more intense.

Is it true that the main challenges for the foundation, and other conservation charities, is the ongoing battle against ivory poaching and trophy hunting?
For conservation charities there are huge challenges and these are definitely two of the big ones. I think they stem from the fact that our relationship with nature has broken down, we completely separate ourselves as a species whereas what we need to do is coexist and celebrate the connectivity between us and everything else.

The illegal wildlife trade is a billion-dollar enterprise and is one of the most destabilising illegal practices that happen across the world. We need to wake up to the fact that this is a major issue, which has stemmed from our over exploitation of wildlife. It is important to remember how reliant we are and how interconnected global biodiversity and the health of our planet is. One of the other challenges for conservation charities is trying to reconnect the fact that conservation isn’t about wildlife and animals on one side and people as a separate species on the other.

As for trophy hunting, it just can’t be justified. When we are talking about hunting endangered species, the clue is in the title. The fact that someone can prioritise an adrenalin kick over pushing a species to the brink of extinction is just unacceptable and doesn’t have place in today’s society. There are far more sophisticated ways to support local stakeholders and local people, who are the custodians of the wildlife and should benefit from that, which don’t involve killing a species. With the rise of photo tourism, it has been proven that a photo of an elephant alive generates a far higher revenue than simply shooting it, this completely negates any argument of financial benefit.

The ivory market is predominantly in China and Vietnam; is it seen as a status symbol in Asia?
Whilst Asia is one of the largest consumer markets for wildlife products, it is important to remember that China closed down their domestic ivory markets long before the UK did. Japan is now the largest ivory market but the EU is second. We either forget about that or we just don’t talk about it. There needs to be just as much pressure on the EU as there does on Asian and African countries. In Africa one elephant is being slaughtered every 20 minutes for its ivory – and that is because of an international ivory trade where no one actually needs ivory apart from the elephants themselves.

We have been working for decades in demand and consumer countries to try and change consumer behavioural habits around consumptive use of wildlife, whether it is for medicinal values or as a wealth status symbol. This is why educating and engaging people is so important – sometimes if you go down the heavy activist route, which, at times, there is certainly a place for, it will close doors. With places in Asia and governments like China, you have to be able to engage, debate and have a conversation with them to be able to work on that gradual change. However, it is slow and frustrating because elephants don’t potentially have another 50 years, they will be extinct before these conversations come to an acceptable conclusion.

We are all now acutely aware of the pangolin, something I hadn’t heard of before this year. Why is this?
We have been working on pangolin conservation for years. It has suddenly become prominent because the impact that the potential consumption of pangolins has had on the global economy. It has gone into free fall due to the consumptive use and zoonotic transmission. If we just stopped consuming endangered wildlife and exploiting the natural planet we wouldn’t be in this mess. Pangolins are poached for bush meat and their scales and it is happening across the world.

Can you tell me about CITES (Convention on International Trade in Endangered Species)?
We are actively engaged with CITES and work with a coalition of African Elephant Range States. CITES is important as it brings countries together; recently it enabled a legislation to pass, which stated that no wild elephant can be taken outside of its natural range, therefore eradicating wild elephants being sold to zoos around the world, for example. Admittedly yes, it can still be transported within its own natural range and used for consumer purposes  but it is a good start. This is where the frustration with CITES comes in, when you are working at a legislation and policy level, it does take much longer. But you have to be working from grass roots to world stage, you have to be both protecting elephants on the ground as well as looking at global legislations and laws, and this takes time.

What is topical at the moment is the film by Sir David Attenborough, A Life on this Planet. I feel it is something that should be mandatory viewing for all political viewers…
This is why David Attenborough is so fantastic and a national treasure. The fact that he has stood up and said, we are now at a tipping point where everyone needs to play a role in order to save the natural world is really powerful viewing. It has the balance between it being a shocking message and stressing the urgency of the situation as well as letting us know we can all contribute and make a difference. You can’t help but watch him and feel inspired.