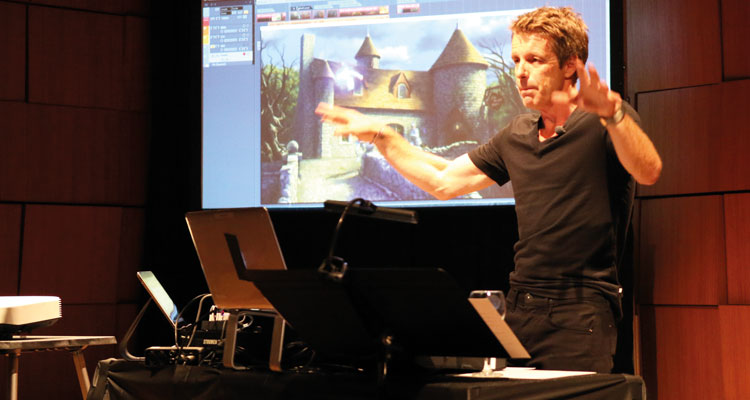 As Stowe’s connections to the world beyond the United Kingdom continue to grow, there is perhaps no stronger “Special Relationship” than that between the School and the United States.

Our connection dates back to 1786, when Thomas Jefferson and John Adams visited Stowe, both wrote about the grandeur of the mansion and the beauty of the gardens. Since its inception in 2001, American Friends of Stowe (AFS) has been the steward of that relationship, supporting the School through a wide variety of cultural exchanges, educational programmes, and fundraising initiatives. 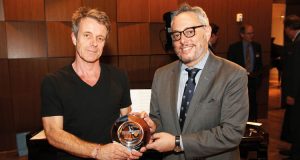 2016 was a landmark year for AFS, connecting its 350-plus members through an unusually broad range of activities. First among them was an extraordinary evening held at New York’s Steinway Hall – a venue with particular relevance as Stowe is an all Steinway school. Seventy-five Old Stoics, joined by friends and supporters of the School, gathered to honour Harry Gregson-Williams (Chatham 80), who was presented with the third American Worthies Award.

Harry is one of Hollywood’s most sought after movie composers, having scored films ranging from the Shrek series to The Martian. He offered a dazzling multi-media display in which he demonstrated how he composes themes that capture the essence of the emotions evoked by characters and scenes. He discussed the many ways in which Stowe inspired his love of music, both when he was a pupil and many years later, when he returned as Composer in Residence.

The evening also featured a Cocktail Reception and a talk by Headmaster, Anthony Wallersteiner which offered an enlightening and entertaining summary of news from Stowe.

Elsewhere on the social front, AFS hosted a summer gathering at a new and unique venue: the Royal Palms Shuffleboard Club in the trendy NY borough of Brooklyn. The evening – featuring down-home delicacies from New York’s finest food trucks – represented a successful effort for AFS to attract younger Old Stoics, who are spending time in America in increasing numbers.

One of AFS’ signature programmes – the Stowe-Harvard Fellowship – enjoyed another successful year, as recent Harvard graduate Alejandro Jimenez Jaramillo (Former Stowe/Harvard Fellow 2015-2016) spent a memorable year at Stowe teaching maths and living on campus and among pupils. His time at Stowe concluded with an elegant black-tie dinner in the Marble Hall, at which Alejandro reflected on his time at Stowe drawing trenchant and humorous parallels to the American presidential election.

With great sadness, we also note the passing of Hon. George R. Sprague, a founding member of the AFS Board of Directors and a great supporter of many school programmes, including the Fellowship. In his memory, this unique academic exchange will be renamed the Sprague Stowe-Harvard Fellowship.

As we look to 2017, we recognise that in a world that is changing unpredictably, personal and institutional Trans-Atlantic relationships grow ever more important. American Friends of Stowe was founded on the concept that the ideals cherished by Stowe are shared by many here in America. This relationship is valued not only by Old Stoics but also by the many friends and supporters who have come to appreciate our unique bond.