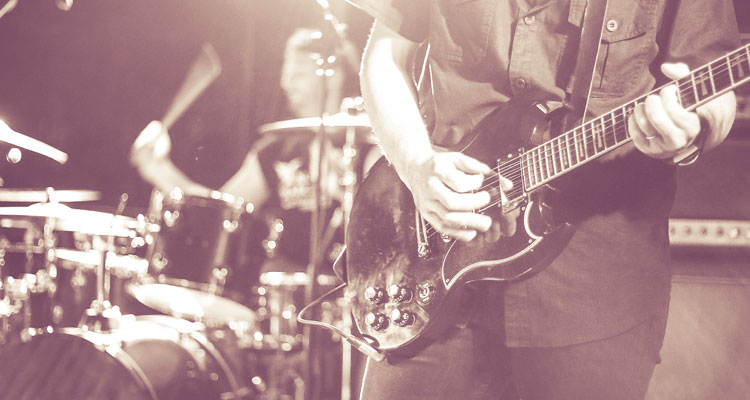 Well, what a totally tragic year for live music! Your “man-in-the-mosh-pit” feels decidedly cheated! Consequently, Stowe-X gigging activities have been non-existent – in fact, my sole foray into the world of live entertainment was managing to catch the brilliant and cruelly underrated singer/songwriter, NERINA PALLOT, performing a solo gig at Crazy Coqs in September, in which I serendipitously coincided with OS Olly Bengough (Chatham 93), which was fun! 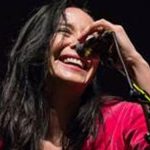 Nerina Pallot
If you have not discovered Nerina Pallot for yourself, then I urge you to do so. She has a terrific back catalogue comprising six studio albums and eighteen EPs. A few years ago, she set herself the challenge of releasing one EP every month for a year – I can honestly say that there is not a weak track amongst them! Great melodies and intelligent lyrics. 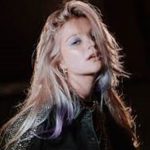 Dylan (Tash Woods)
As far as Old Stoic performers are concerned, TASH WOODS (Queen’s 18), who has re-invented herself and now goes by the name DYLAN, has released an excellent EP Red, following on from last year’s Purple. As before, it showcases her talent for writing catchy melodies with well observed and introspective lyrics. In 2021, all being well, she is touring with DECLAN McKENNA.  As I write, she has just released her new single Daisy. I’ve only heard it once and already I cannot get the infectious chorus out of my head! 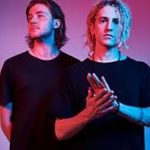 Hux
Talking of invasive tunes, Patrick Keating (Bruce 15) and George Huxtable (Chatham 15) of HUX released an absolute gem of a summer single Lemonade and have just followed it up with Headrush, a joyous life-affirming song with an infectious rhythm, great guitarwork and clear elegant vocals all delivered with the lightest of touches and which leave you smiling with the sheer joy of it. Let’s keep our ears and eyes open for what these two are up to during 2021 – I envisage big things. 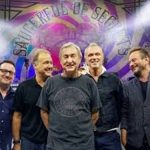 Nick Mason’s Saucer Full of Secrets
Another OS, Lee Harris (Cobham 77), has teamed up with PINK FLOYD drummer Nick Mason, along with other Pink Floyd collaborators, to form NICK MASON’S SAUCER FULL OF SECRETS. Sadly, but unsurprisingly, their European tour was cancelled due to Covid-19 but will, with luck, be re-instated in 2021 with UK gigs in April. Meanwhile, a recording of an earlier gig at The Roundhouse has been released to colossal acclaim.

Frustratingly, our UNSIGNED event at Wilton’s Music Hall, booked for last April, was a victim of lockdown. However, we hope to reschedule it in 2021. My concept for establishing this gig is to give unsigned OS singer/songwriters and bands a platform from which to perform in front of an audience of people in the music industry; record labels, agents, management companies, music PRs, festival and event organisers, in the hope of advancing their careers. This event is open to everyone so we shall be hugely appreciative of your support. For more information, or if you are interested in performing, please contact the Old Stoic Office oldstoic@stowe.co.uk. 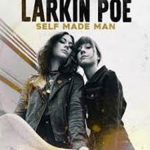 Despite the lack of gigs, there has not been a shortage of excellent new album releases this year. Apart from well-known artists such as BRUCE SPRINGSTEEN and TAYLOR SWIFT, both of whom have released iconic albums, there have been some outstanding offerings from lesser known acts such as LARKIN POE, a sister act with Rebecca Lowell’s crystal-clear diction and excellent guitar work blending brilliantly with Megan’s lap steel guitar dexterity on a clutch of seriously effective southern blues tracks.

LYNNE JACKAMAN is the nearest to JANIS JOPLIN that I have heard in her impassioned delivery of original and intensely effecting soul and blues numbers and her debut album One Shot is garnering all manner of critical accolades. INGRID ANDRESS has produced a gem of an album, Lady Like, good country rock with excellent storytelling and lyrics to which we can all relate. Both of these last two albums are very different but both of whom could be contenders for Best Album of The Year Award. CREEPER’s Sex, Death and the Infinite Void is a wonderful post-punk thrash fest.