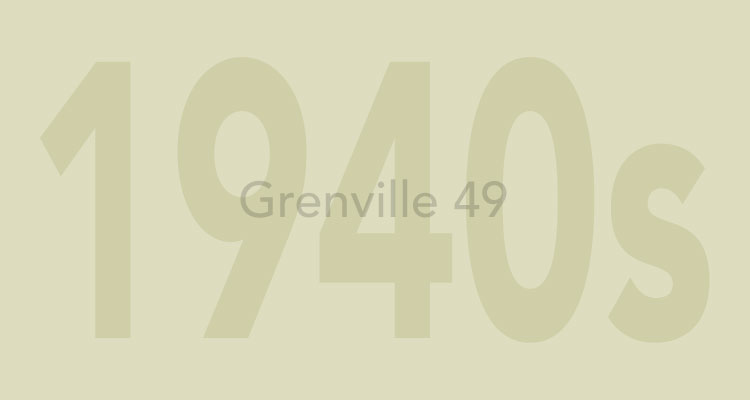 “Born to Serve” is both the Perring family motto and what became the perfect guide to the life of Sir John Raymond Perring, Second Baronet. Born 7 July 1931 to Sir Ralph and Lady Mary Perring, John was the eldest of three brothers and named after his grandfather John who founded the Perring family furniture business.

By the early 1900s, the Perring family eventually settled in Putney, South London. Whilst John enjoyed the vestiges of a rigid Edwardian upbringing at home, war time evacuation and a highly successful and enjoyable school career at Stowe (1945-1949) inspired his life-long passion for leadership, service, sports, architecture, design and engineering. It was during his time at Stowe at the age of 17 that John was apprenticed to Merchant Taylors’ Co and became Free just after his 21st birthday.

After Stowe; National Service (Royal Artillery), the family furniture business and plenty of sport (motor rallies, golf, skiing, Bembridge dinghy sailing) became a successful blueprint for early life. During the 50s, 60s and 70s, John became immersed in all aspects of the details of Perring’s Furnishing. John became Chairman in 1982-1988 and was particularly proud of advocating that Perrings’ be an early adopter of computer technology to control stock and finances.

During this period, he also made time to serve as an officer of the Most Venerable Order of St John of Jerusalem and a Fellow of The Royal Society of Arts. In his business he also served as President of National Association of Retail Furnitures (NARF) and in the Government’s National Economic Development Council.

Driven by a lifelong deep engineering curiosity and an innovative mindset to understand how governance really worked, John used his experience in business and the military together with his masonry activity to discover his personal blueprint for a well-designed life: simplicity, humility, optimism, friendship, service and travel. In 1959, an interest in Swedish competition (Ikea), textiles and family led John to meet the half-Swedish Ella (née Pelham). They duly announced their engagement on the roof of The Carlton Tower Hotel in March 1961. Ella embraced John’s business and service life and was to become a very engaging Mistress Merchant Taylor to John’s Mastership in both 1988 and 1994. In between these Mastership years, John served as Aldermanic Sheriff 1991-92, deeply appreciating Old Bailey and City life. John succeeded his father’s baronetcy in June 1998.

Serving with distinction over many years on the Hall and Housing and Care Committees and as a Governor at Merchant Taylors’ School, John delivered significant business acumen, wise counsel, time and insights to all Merchant Taylors’ Co interests and was particularly encouraging to youth. His work with the development of the Alms Houses was greatly appreciated and became a model followed by others.

Speaking with friends, family and members of Merchant Taylors’ Co, time and again John is described as a stylish, vibrant, gentle, a man of energy, duty, service, detail, compassion, fun and often listening carefully before delivering quiet counsel and encouragement with a chuckle. His legacies are many but he and Ella always took time to serve friends and family with great interest and pride and they leave a deeply connected family of Perring’s, Heyman’s and Pelham’s; several of whom are or aspire to become Merchant Taylors.

John combined being “elegant and dignified” whilst remaining young at heart with a great sense of fun with panache during his 88 years.

“One of Dad’s first great influences was his school, Stowe, and the architecture of the follies that lay within its massive grounds. Another huge influence for Dad was his strong Christian understandings of compassion and faith, and ultimately balance of the human and spiritual soul. His love of architecture and his Christian faith led him naturally into Freemasonry, the ‘Architecture of the Soul’. Dad strived to nurture and build his soul through kindness, understanding and love. No one who met him could say that he did not achieve this”.

Beyond John’s deep concern for others lay a more playful side, a desire to bring family and others together for a good time. He was an enabler, a great planner of events. One particularly memorable occasion took place in 2011, for his and Ella’s Golden wedding anniversary year and his 80th birthday. This ‘3-day-event’ started with an unforgettable celebration at Stowe, giving many of us a chance to glimpse into John’s (and other family members including my father Richard’s) later school years, and, possible insight into where the seed for his architectural passion was sown, amongst Stowe’s magnificent buildings and Capability Brown landscape. Then a dinner at Merchant Taylor’s Hall in the City of London, and concluding on day three, with a wonderful lunch party at the Wimbledon All England Tennis Club.