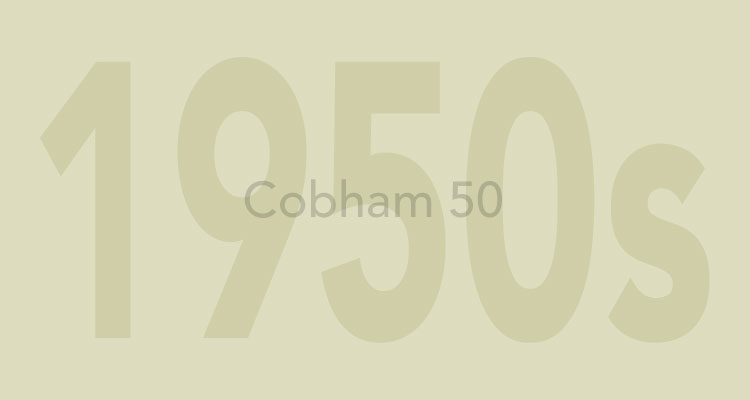 Jolyon David Finch died in January 2021. David was a very proud Old Stoic who took every opportunity to wear his old school tie! After National Service in the Royal Engineers David moved to Toronto, where he employed considerable business acumen in property development in Ontario and later in Newfoundland. He also spent a decade as business manager for Knoll International Canada.

A keen sailor, he spent many happy hours on the Albemarle Sound in North Carolina, where he built a house and small marina that initiated the waterfront revival of the small town of Columbia; for his contributions to the local community he was made a Distinguished Citizen of the county. Extensive travels in Mexico sparked a passion for Pre-Columbian artefacts.

His lifelong interest in music began at Stowe, where his great friend Mike O’Neil (Cobham 51) introduced him to the piano. He acquired, and had great pleasure playing, several Steinway grand pianos, which he tuned himself. As a trustee of Haddington Concert Society in East Lothian, he led a fundraising appeal to buy a Bösendorfer concert grand piano from the Brahmssaal of Vienna’s Musikverein. Over the years he counted many musicians among his friends, including the British conductor Boyd Neel, whose memoir, ‘My Orchestra and Other Adventures’, David compiled and edited. The Canadian pianist Angela Hewitt played privately for him on his 70th birthday; and in 2012, with his wife Fiona, he founded Musique à Marsac, an annual chamber-music festival in south-west France, where many young musicians spent a week immersed in rehearsals and performances under the inspiring guidance of the Scottish pianist Alasdair Beatson, who dedicated his most recent CD to David.

When ill health struck, he and Fiona left France for Canada to be close to his daughters Clare and Amy and their families. It was a matter of great satisfaction to him that Clare spent the 1986-87 school year at Stowe, where the foundations had been laid for his full, varied and very happy life.