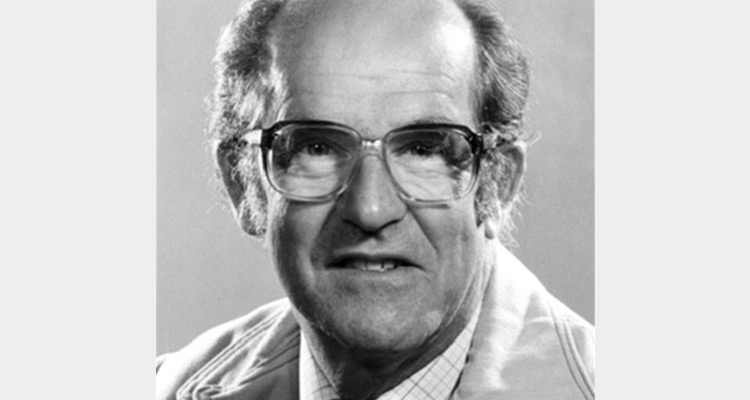 Internationally renowned physicist, John, died a month before his 96th birthday. After Stowe, John went up to Cambridge, before carrying out postdoctoral research at Bell Laboratories in the USA. In 1953, he moved to the University of Bristol, where he was a member of the Physics Department, while employed and after formal retirement, for 66 years.

John made major achievements to physics in three areas: crystals, ice and light. In crystals, his emphasis was on the defects that disrupt the regular arrangement of their atoms. His first contribution to science, in 1947, was a collaboration with the Nobel Prize Winner Sir Lawrence Bragg. Collectively they explored crystal defects with an analogue experiment, in which the atoms in a crystal were represented by a raft of bubbles. He was among the first to realise that for some purposes a crystal can be regarded as a gas of continuously distributed defects. This phase of his research culminated in his 1957 book Physical Properties of Crystals; this is still in print and remains a uniquely accessible treatment of a difficult subject.

In ice, he studied glaciers: how they flow over the irregular rock beneath them, how they surge and how they crack. He became a world-leading glaciologist, serving as President of the International Glaciological Society and receiving the prestigious Seligman Crystal. This research was not only theoretical. He was a valued team member on field trips and expeditions to the Alps, the Pacific Northwest, and the South Pole.

In light, he made seminal contributions on several levels. When a field of light is represented by a family of rays, complicated focal surfaces (‘caustics’) can form under ‘natural’ conditions where there is no symmetry. A familiar example is the pattern of dancing lines of refracted sunlight on the bottom of a swimming pool, where the caustic surfaces intersect the bottom. He played a major part in the reinvigoration, in Bristol, of this ancient branch of optics: understanding not only the geometry of caustics but also the delicate interference detail that decorates them. On the finest scale, his attempts to understand how radio waves are reflected from the rock beds beneath glaciers led to the discovery of a fundamental feature of waves of all kinds: ‘wave dislocations’, analogous to defects in crystals. His joint paper reporting this has been cited more than 2,000 times. Finally, he exposed the fine details of the geometry of the electric and magnetic fields comprising light, in the form of lines on which the polarisation is purely linear or purely circular. This optics research culminated in his totally original treatise: Natural focusing and fine structure of light.

John’s insights penetrated to the heart of every subject he focused his attention on. His style did much to establish the distinctive Bristol approach to physics: geometrical and pictorial, with mathematics as the servant rather than the master. His scientific papers, and his books, stand as works of literature as well as science: masterpieces of clarity, concise, elegant.