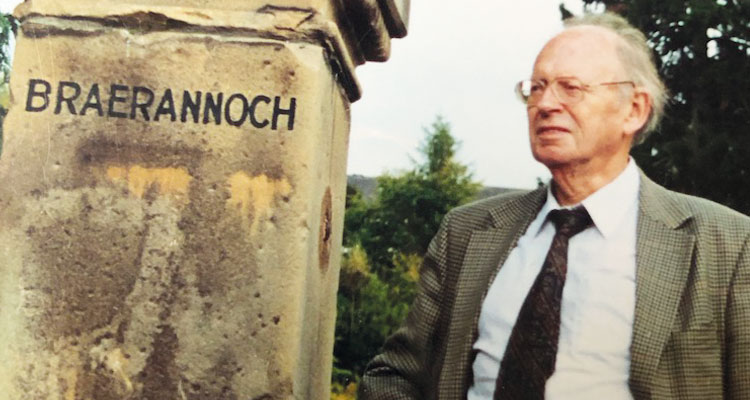 Eric William Pendle Harris (Cobham 41), better known as Bill Harris to friends and family, passed away at the age of 98 in September 2020. As Chief Technician at Nielson, Bill and his team invented the technology to measure the huge US TV audiences that grew in the 50s and 60s. The now famous Nielson Ratings was the critical reference point used by the then new industry of television which dictated the advertising rates and all programme commissioning. His first clients were the previously unheard-of companies of Unilever and Heinz. This technology is still fundamental to how TV advertising is valued.

Raised as a child in Inverness and educated at Stowe from 1936-41, he then went on to study at the College of Aeronautical Engineering in Denham, Buckinghamshire from 1941-44 where he gained a First-Class Diploma.

Over these War years he was licensed as a Ground Engineer by the Royal Air Force to fit, test, repair and maintain the engines of Spitfires, Tiger and Gipsy Moths. After the War he was spotted by Arthur C Nielsen, the founder of the now leading global information and measurement company – Nielsen. At the time the company was a handful of engineers, some working on calibrating thermometers. Bill worked for Nielsen from 1948 to 1987. His career saw him set up and train Nielsen’s engineering teams in Australia, Japan and Switzerland. From 1960 he was based at the UK Nielsen headquarters in Oxford, with regular travel to the USA.

In the 1950s Bill also invented the automated telephone booking system. As a keen tennis enthusiast Arthur Nielson owned many tennis courts in Chicago, which he wanted rented out but didn’t want his secretary running the bookings. Arthur asked Bill to design the system, which then became the familiar system saying; “If you want Court 1 at 14:00, dial 2” etc. Bill was also a pioneer of electronic mail, or email, in the 1970s. This was because clients were demanding the previous evenings’ TV ratings, so keen were they to follow only the most popular shows. The results were then relayed to New York, Los Angeles and Chicago. Bill developed an early version of sending the results, relayed over the telephone network, decades before the invention of fax and email as we know it now.

His fascination for the advances in technology led him to become a lifelong member of the Royal Television Society, The British Computer Society, The Chartered Institute for IT and he continued his educated in the 1970s with an MSc in Mechanical Engineering from the University of Aston, Birmingham.

A widower, he leaves four daughters and grandfather of Edward Whitbread (Cobham 18).