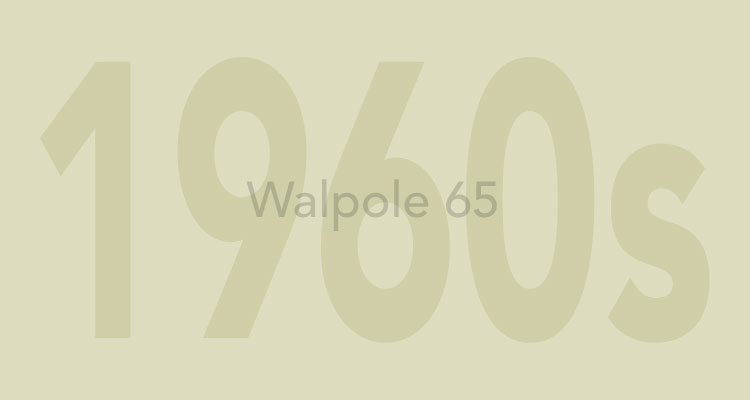 Anthony Michael Manton Elliott was the son of Alan Elliott, the managing director of a food wholesaling company, and Katherine Elliott, a doctor.
He attended a private infant school in Knightsbridge and he boarded at prep schools in Surrey and Sussex.

At 11 he was sent to Stowe, where the highlight of his five years was the Beatles playing a concert at the school in 1963. “John Lennon got out of the car and said: ‘My God, it’s all boys!’,” he recalled. As a student Elliott claimed he was “definitely Division Two”. He transferred to Westminster College for his A Levels and then went onto Keele University where he edited a magazine called Unit, for which he interviewed John Peel and Jimi Hendrix, making invaluable contacts in London’s counterculture.

In 1968 Tony Elliott was a student reading French and history at Keele University when a well-heeled aunt gave him £75 for his 21st birthday. Elliott decided to abandon his studies and use the money to start a magazine.

The first issue was put together on his mother’s kitchen table and was going to be called Where It’s At until a last-minute change to Time Out, after a classic jazz album by Dave Brubeck. He had taken the precaution of asking Keele whether he could return to complete his course if the venture failed, but he never went back and Time Out grew rapidly to become a touchstone of life in London.

Elliott built Time Out into a global brand, licensing the name until his empire comprised 40 magazines in cities around the world from New York to Cape Town, along with dozens of travel books and city guides.

In 1981 Elliott attempted to place the magazine on a sounder commercial footing by introducing pay scales. The staff went on strike, resulting in Elliott closing the title for three months and firing most of them. The sacked workers launched the rival City Limits but when Time Out re-emerged after the strike to go head-to-head with the nascent City Limits, it easily won the circulation war but lost most of its political radicalism.

He might have built Time Out into an even more formidable global enterprise but for being a self-confessed control freak. “I’d always hoped I’d never, ever end up selling the business,” he said. However, Elliott was forced to sell a 50 per cent stake in 2010 when Time Out found itself heavily indebted in the aftermath of the recession. “I’m a practical person and I accepted that because of the downturn and our debt position, something had to happen,” Elliott said. Despite this, he remained closely involved with the business, even after a diagnosis of lung cancer.

Elliott, a reformed drinker turned teetotaller, was a shy man who kept a low profile. In 1975 he married Janet Street-Porter, the broadcaster and journalist; they divorced two years later but remained friends. In 1989 he married Janey (née Coke), she survives him along with their sons, Rufus, a producer in the media industry, and twins, Bruce, a teacher, and Lawrence, a singer-songwriter.