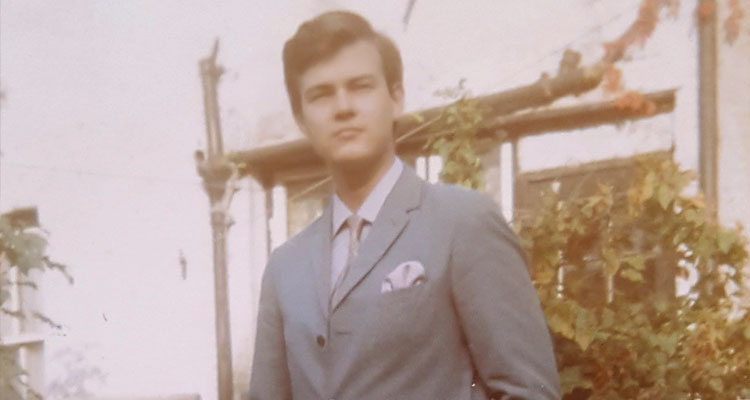 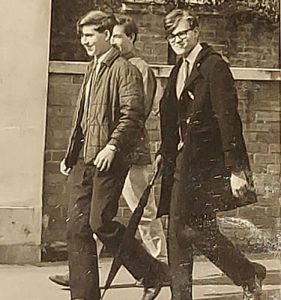 Nigel Jonathan Stuart Murray was born on 29 October 1949 in Maidenhead, Berkshire. He had a happy childhood surrounded by his family. Nigel went to Challow Court School in Maidenhead until he was eight years old. He was a boarder at Great Ballard Prep School at Camberley and later at Eartham in Sussex. He loved acting and enjoyed performing in Ali Baba & The 40 Thieves and joined the Cubs and Scouts. Later he started at Stowe in Chandos House. He fondly remembered acting as Queen Titania in A Midsummer Night’s Dream. He loved being in the Cadet Corps and went on a school trip to Germany with them. One day at Stowe, when he was a Colour Sergeant Major, the boys were doing drill in front of Lord Louis Mountbatten and Nigel was drilling them. Unfortunately, a wasp came too close causing Nigel to gesticulate wildly in order to bat it away – a line of boys misunderstood and chaos ensued! He was part of the fencing club, the Debating Society and he represented Stowe on the Sixth Form Challenge on television in 1966, which followed the same format as University Challenge. His team won and his prize was a huge dictionary. 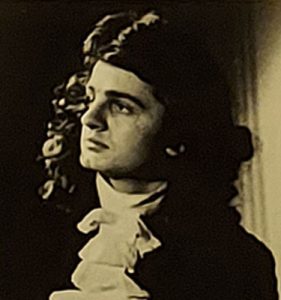 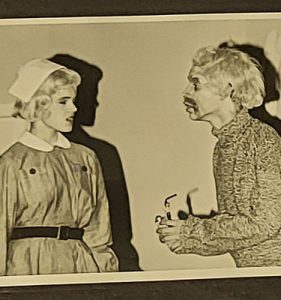 Nigel gained a place at Oriel College, Oxford. In his gap year he taught at Adisadel College, Cape Coast, Ghana. No one met him at Accra airport, so he made his way on the back of lorries for several hours and finally arrived at the school. They apologised profusely! He went out to Africa as a very studious, serious young man and returned a very gregarious young man!

Nigel read History at Oriel College (1968-1971). He appreciated the tutorial system at Oxford and one of his tutors was Robert Beddard. Nigel enjoyed Oxford life and made lots of friends, especially at Oriel. He also acted at Oxford including performing the role of Jack Chesney in Charley’s Aunt at an open-air production in a quad at Oriel. During one performance the college tortoise squeezed under an extremely low table on stage, which captivated the audience! Nigel also enjoyed debating at The Union and he loved politics, he had once said as a child that he would like to become Prime Minister but instead settled for the President of the Oxford University Conservative Association! Nigel was also very religious and he was confirmed at Oxford whilst he was an undergraduate. He was very pleased that his Second-Year rooms at Oriel were where Cardinal Newman had also lived and was delighted when Cardinal Newman was canonized recently.

Nigel then worked in London. He spent a year training to be a barrister at the Middle Temple before deciding to be an Insurance Broker, working at Willis, Faber & Dumas, Frizzell (when he worked in Germany for them) and other companies. At the same time Nigel became Chairman of Lambeth Central for the Conservatives.

Later, he decided to teach History. He did a PGCE at Gonville & Caius College, Cambridge and taught at schools including Dr. Challoner’s Grammar School in Amersham, Millfield School, a school at Ryde on the Isle of Wight, in Majorca and then Hugh Christie School in Tonbridge.

In 1990 he moved to Germany and taught at a school near Cologne. Later, whilst their parliament was at Bonn, he taught Business English to businessmen and politicians including Angela Merkel and Ursula von der Leyen. After parliament moved to Berlin, he concentrated on tutoring businessmen and some school children privately. He moved to Bad Kreuznach and translated and voiced over the Pilgrim’s Way for Hildegarde of Bingen. Latterly he lived in Idar-Oberstein and did translations for clients and wrote lyrics for songs with a friend in his retirement.