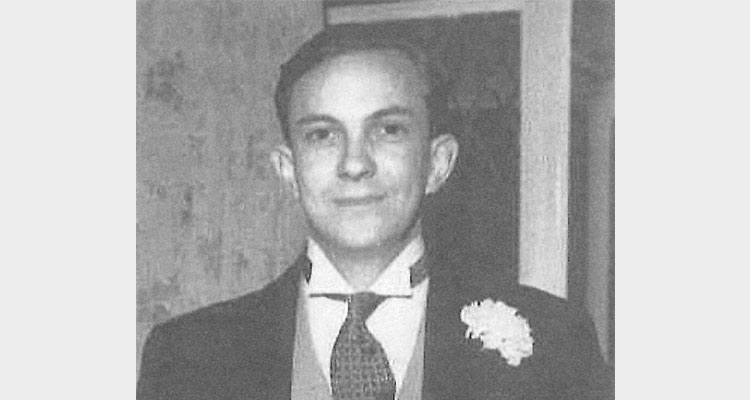 In recent years, Robin had been in regular contact with the Old Stoic Office, lending a hand with a number of projects, including encouraging senior Old Stoics to submit their memories of Stowe for our 2023 Archive Collection. Happily, Robin penned many of his own memories before he died.

Robin was born in Oxton in 1935. At Stowe, he was a gifted music student, playing the Chapel Organ regularly. He also excelled at middle distance running and was in the 3rd XV. After Stowe, he joined the Royal Artillery for National Service.

He thoroughly enjoyed the experience and the camaraderie and continued soldiering on a part-time basis with the Territorial Army, whilst training with Laccs as a solicitor. Upon qualifying, he took up a post with A E Whittingham & Son, in Nantwich. After six years, he became their junior partner. Robin then set up on his own, at Welsh Row, Nantwich, specialising in Commercial Law. He was later a Partner at Aaron & Partners Solicitors, in Chester in 1994. He continued to work well past his seventy fifth birthday, until his eyesight prevented him continuing.

Robin was a keen fisherman and made regular trips to Scotland to fish with friends. Encouraged by his father, Robin had first handled a trout rod when nine years old. He also enjoyed sailing, greyhound coursing and had a keen interest in motor racing. His passion for music helped him to reconnect with Stowe in his twilight years. He joined the Roxburgh Society and returned to Stowe for the first time in decades for the opening of the new Music School in 2015. During his visit, Robin made it up into the organ loft to play the Stowe Organ. Although his sight was failing, it brought him great joy to tinkle the keys and stops of the great instrument he remembered so fondly from his youth.

Robin was a kind and gentle man who will be sadly missed by his friends and family.