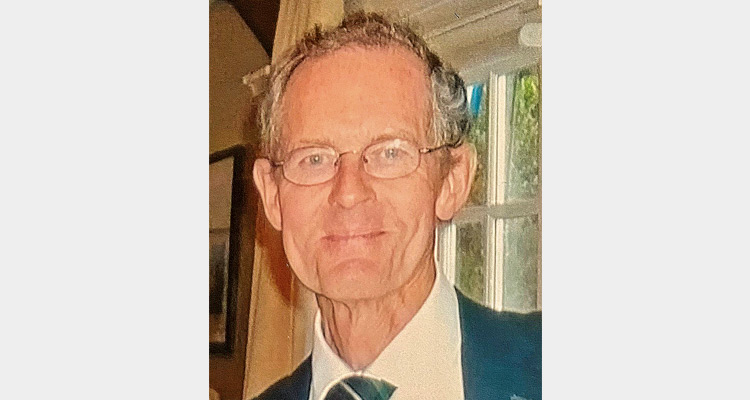 Richard was born in London in August 1946 to an Irish mother and American father, who was a pilot in the US Navy and joined the RAF in 1942. They returned to live in California in 1947 and when Richard joined Stowe in 1959, he was called ‘the Yank’.

A good all-rounder at school, Richard was happiest perfecting his swing on the golf course which Chatham House overlooked. He would enthusiastically describe the Beatles concert at The Roxburgh Theatre on April 4 1963 following their first number one single, Please, Please Me.

After Stowe, Richard attended Trinity College, Dublin where he read Politics and Economics. Richard was an avid photographer and his photographs frequently appeared in the college newspaper and he soon became the successful editor of Trinity News. He loved his time there and developed a lifelong allegiance to Ireland.

Returning to London following university, Richard joined British Airways as a graduate trainee and had a distinguished career at Rank Xerox, British Telecom and Akzo Nobel.

A keen bridge player, he ran the Trinity College Dublin London Bridge Club, retained his love of golf and played at Sunningdale and Lahinch in Ireland. Richard was a lifelong Arsenal supporter.

Richard was able, direct, very honest and straight forward. He was single minded about doing his best in whatever situation or role he found himself in. His had a simple philosophy which he never waivered from. He was fiercely competitive as anyone who played golf or bridge against him would know but he was also scrupulously fair and took any defeat with good grace.

Richard died peacefully on 6 December 2018 after a long illness and is survived by his wife of 35 years Mimi, and daughters Lydia and Verity (Nugent 08).