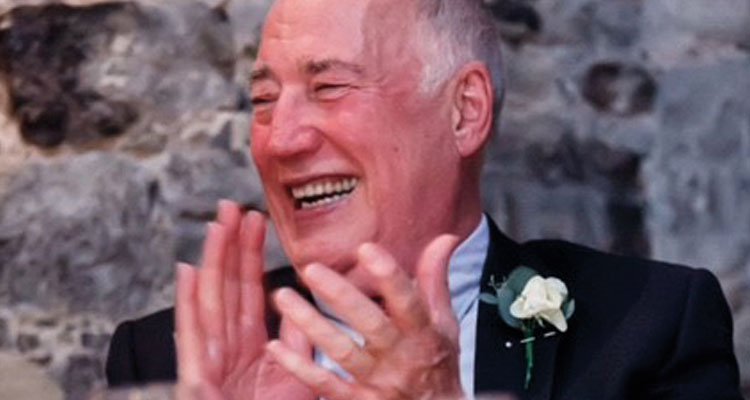 Richard was born in Johannesburg where he lived until he was nine years old when he returned to the UK and attended Beachborough before following his brother, David (Chandos 63) to Stowe.

After Stowe, he qualified as a Chartered Accountant and spent two years working in Egypt before returning to London where he met his wife, Sally. They married in 1980 and went on to have three daughters, Briony, Charlotte and Emma who all attended Stowe in the Sixth Form. Richard loved to travel and the opportunities to live and work internationally, further to his initial stint in Egypt, continued for many years as a result of his successful career in the Technology Industry. He and his family lived in Brussels, California, Hong Kong and Japan.

A talented sportsman, he excelled at rugby, tennis and hockey. Later in life he took up long distance walking and completed a 100km Ultra Marathon for charity in under 24 hours – no mean feat for a then 65-year-old!

He was a keen cook and (self-proclaimed) wine connoisseur who loved to entertain and was always at his happiest hosting large family meals, particularly after the arrival of his two grandchildren. He was a thoughtful man who enjoyed current affairs, history and literature.

Richard died suddenly at home in London. He is greatly missed by those who knew him and will always be remembered for his kindness, generosity and sense of humour.