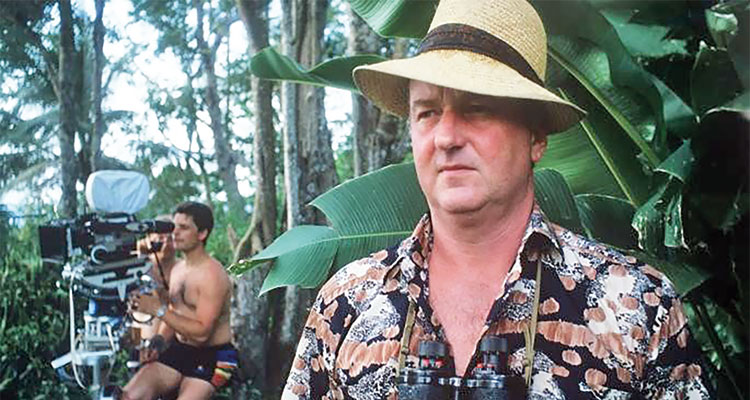 If you asked the most avid 007 fan who played James Bond on screen between Timothy Dalton and Pierce Brosnan, they would almost certainly be stumped for a reply. The answer is Reg Gadney, and it came in the 1989 TV film Goldeneye.

It was a rare acting credit on an extraordinary CV that took in thriller writer, painter, art historian, screenwriter, university lecturer, college official, magazine editor, Coldstream Guards officer and a boxer who was good enough to beat a Cambridge Blue in a fearsomely bruising contest while at university.

In recent years, Reg was best known as a writer of what he termed “seedy thrillers”, but he did not pursue it full time until he was in his forties. He worked in a generously proportioned studio occupying most of the ground floor of a large Georgian house in Fitzrovia, central London, which he shared with his wife, the Evening Standard restaurant critic, Fay Maschler.

His Art concentrated on landscapes and portraits, which he described as “landscapes without the greenery”. A 2014 exhibition at the Friary Gallery in London reflected his wide social circle and included portraits of Helena Bonham Carter, Sir David Hare and the former MI6, chief Sir Mark Allen.

In the 1970s and 1980s, Reg spent 15 years at the Royal College of Art as tutor, fellow and pro-rector. When his great friend, Francis Bacon learnt that he was taking up a teaching job, he grandly remonstrated: “Jobs are for ordinary people!” Yet there was nothing ordinary about Reg’s lectures, which were among the most popular at the college. During talks on Art and the Popular Imagination he played pop records and showed Fred Astaire and John Wayne films to illustrate artistic cross-fertilisation. Shocked by the innocence of some students, he brought in films about the Belsen concentration camp to give them a taste of the dark side of humanity. “The glory of art schools is that nobody quite knows what they are for, which makes them so wonderful,” he said.

He is survived by Maschler and his first wife, the writer and broadcaster Annette Kobak, and their children, Amy and Guy. On Reg’s death, Maschler paid tribute by quoting from Hamlet: “Now cracks a noble heart. Good night, sweet prince. And flights of angels sing thee to thy rest.”