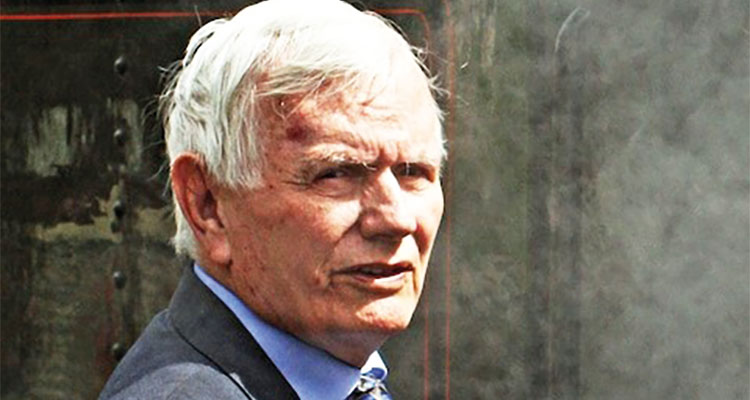 Bill was a colourful motor dealer and steam enthusiast who helped save the Great Central, Britain’s only heritage main line railway.

The son of the co-founder of a motor engineering firm, his first passion was not trains, but cars. He could repair one aged 10 and drive one at 11, and had as his company cars two Aston Martins followed by a Bristol. He flew his own aircraft, and saved the Leicester Aero Club from liquidation. He also owned and rented out canal narrow boats.

His involvement with the Great Central – Britain’s only heritage main line – began in 1976 when British Rail was within days of lifting the track close to his home. Working with Lord Lanesborough, he guaranteed bank loans to purchase the stretch between Quorn (now Leicester North) and Loughborough.

In 2007, Bill became the railway’s Managing Director, a post he held until he was controversially ousted in 2016 as his health was failing. He doubled the railway’s annual turnover to £2.5 million and made it break even, helped by its largely volunteer staff.

Bill was the canniest of businessmen. He made money for Leyland Motors in Africa by offering truck drivers a “gold watch” after 100,000 miles – an incentive not to burn out their engines.

Aged five, Bill was sent to Stoneygate College, Leicester, as a boarder – and expelled two years later for setting fire to the dormitory. He went on to the Christian Scientists’ Fern Court prep school at Chertsey, then to Stowe, where he made the rugby XV. Leaving at 18, he joined Vauxhall Motors as an apprentice.

After failing his medical for National Service, he found a job with Leyland in Africa, initially in Johannesburg and then as its Nairobi factory’s representative in Dar es Salaam. At six months in, he met and impressed Donald Stokes, then Head of Global Sales and later of British Leyland.

Coming home in 1965, Stokes offered him the chance to take on Dodge and General Motors in the US. Instead, he joined Ford & Slater, with Leyland taking a 20 per cent stake in the business. Bill introduced the same incentives as in Africa, and the company grew, becoming Britain’s most profitable truck dealer. By 1970 he was Managing Director.

He published his autobiography, A Life on Fire, in 2017.