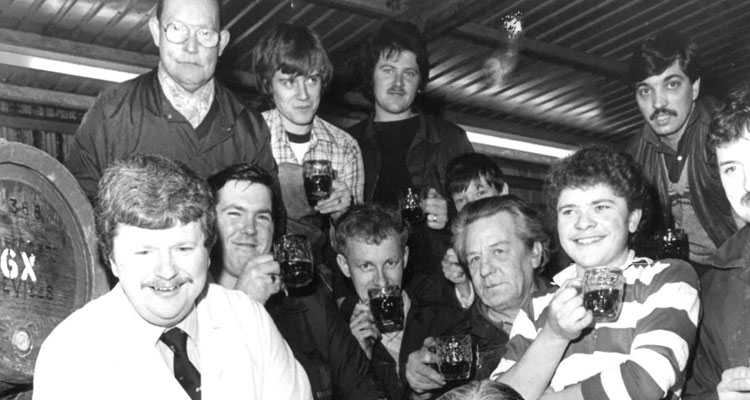 Born just outside Devizes in Wiltshire and following the Old Malthouse Prep School in Dorset, he went to Stowe in 1933 which he enjoyed very much, mainly because he did not work very hard but he could hunt with the Grafton foxhounds twice a week. In 1938 he was accepted into Jesus College, Cambridge without an exam as the Headmaster, JF Roxburgh knew the Senior Tutor!

In February 1939, he was gazetted as 2nd Lieutenant in The Royal Wiltshire Yeomanry, a horse regiment, and in September 1939 the Army was mobilised. In February 1940, with 600 horses they left Dover and travelled across France to Marseilles and then on to Haifa, North Africa. By 1942 they had become a tank regiment and fought at the battle of El Alamein where he was captured and remained a POW, moving through Italy to Germany until May 1945 when they were released by the Americans.

In 1946, he left The RWY and joined his family business Wadworth brewery. His father died in 1952 and he became Chairman and ran the brewery and pubs very successfully for 44 years. He reintroduced the Shire Horses and built a thriving pub estate and Wadworth  6X Best Bitter became a national brand. In June 1947, he married The Hon Noreen Long.

His other great interest all through his life was hunting. He hunted the Avon Vale Foxhounds for seven seasons and was Master for 23 and Chairman for 16 years. He continued riding to hounds well into his 80s and was still riding around the village until two months before he died in February 2016, aged 95.

By his son, Charles Bartholomew (Walpole 69)