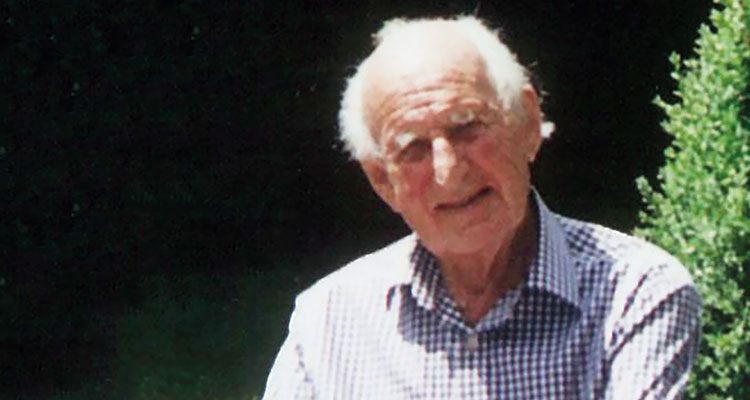 This obituary takes a different style to others in the magazine but provides some insight into what young men went through during the Second World War. Walter was 22 years old and a Captain in the Argyll & Sutherland Highlanders.

Walter wrote a short personal history of the Battle of Sidi Barrani, North Africa, in 1940, when he was in hospital shortly afterwards, badly wounded in action.

“Jan 1 1941: Now that I can write legibly I’m putting down as accurately as I can remember an account of the Battle of Sidi Barrani. It is purely from the personal point of view. The action took place on 10 Dec 1940.

Dec 10 Brigade conference at 05.00hrs. Orders are to move forward six miles to lager position ready to intercept enemy retreating into Barrani or advancing from West direction, no mention made of enemy in proximity.

Brigade area shelled at 05.55, I was talking to Sandy Bardwell when we heard first shell. Both of us fell flat on our faces.

Enemy artillery plainly visible on low range about one mile ahead – seem to be dug in. Anti-tank tracer shells and machine gun bullets starting to whizz around.

07.00: Brigadier returned and wirelessed Divisional HQ to ask for Artillery urgently – while wirelessing one operator was killed beside him.

07.05: Machine gun company came into action at the double, cannot see the effect of their fire. Shell burst plumb on two ammunition carriers ten yards from me and blew them to bits.

07.15: one of my trucks hit, wheel twisted so decided to change it, difficult process as there is no cover. Shelling is heavy and there is enemy machine gun fire in our direction.

07.50: spoke to the Brigadier, he asked me ‘if my guns could reach the Ity position’ I said ‘yes’. Received orders to take guns into action.

08.30: Direct shell burst on gun, I fell flat on my side and passed out for half a minute. I came to and saw my left arm jerking up and down. I thought at first it had been blown off. I heard someone say ‘Gawd – the Captain’s been killed’ so managed to sit up and say ‘no, you bugger, fire the gun’.”