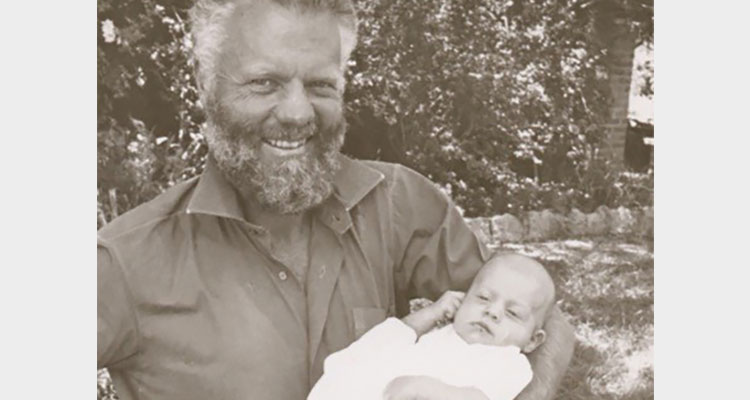 Ian Guy Patrick Grant (Guy) was born in 1928 in Nairobi, to Pauline Grant (South Africa) and Hugh Murray Grant of Knockie, Inverness-shire and Kenya. He was educated at Pembroke House and The Prince of Wales School in Kenya and Stowe.

Having taken himself down the Nile on a troop ship during the War, to the UK, aged 15, and having gone to Stowe School, again on his own, to meet JF Roxburgh, with a view to being enrolled, he was accepted. Upon leaving Stowe, he joined the Cameron Highlanders and served in Palestine on peace-keeping duty at the end of the War.

After studying Agriculture at Cambridge he returned to Kenya and worked on ranches, and for a number of years was a Professional Hunter. At Kenya’s independence in 1963 he bought El Karama Ranch, taking over the previous owner’s Land Bank loan, which took him 20 years to repay.

Guy married Lavinia Blair from Scotland in 1970 and they had two daughters (Laria and Isabella) and a son (Murray). He bred pedigree livestock on the ranch including Sahiwal cattle, while encouraging wildlife. He was an Honorary Game Warden with the Kenya Wildlife Service. Guy is survived by his two sisters (Anne and Deirdre), his wife Lavinia, his children and their spouses, six grandchildren, and the ranch.