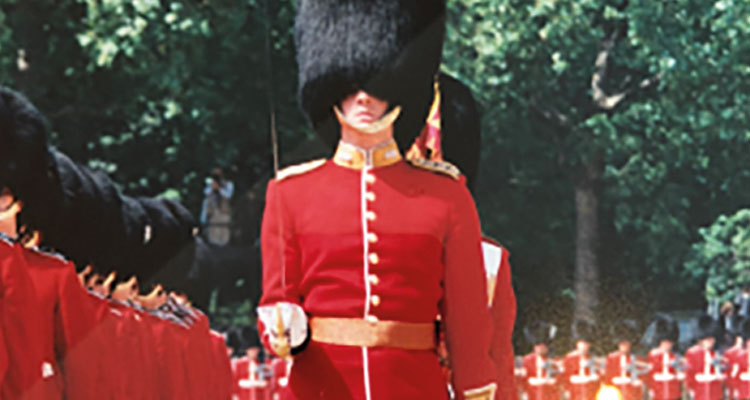 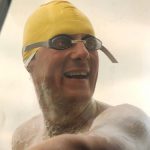 Giles arrived at Stowe as Mrs Thatcher approached her first winter in Government. He left when Boris Becker won Wimbledon and Live Aid reinterpreted the Summer of Love. Giles, too, was a phenomenon. Among the tallest pupils from the day of his arrival, he continued to stand head and shoulders above the most brilliant of his contemporaries at a time when Walpole was at its zenith. When the 1st XV dispensed with his services in the lineout for a few matches, the 2nd XV proudly plastered the North Hall with posters inviting spectators to come and watch them instead with the bold headline “We’ve got Big G now!”

Giles was most mobile in the water, leading a triumphant Stowe Water Polo team. His speciality was to face his own goal in the middle of the pool and then slam a backhand arc in the direction of the opposition. There was certainly one goalkeeper (perhaps from Radley?) who took a blow to the face and had to retire hurt. Emphatic motivational team talks, meant for just Stoics in speedos, echoed around the swimming pool. He did not do sotto voce!

This is why he was ideal for the part of the Sergeant in ‘Oh! What a Lovely War, famously intoning “We will now sing from Hymns Ancient and Modern, number 358, ‘Waft, Waft, ye winds, waft, waft ye’.” The subtlety of his acting was, though, a revelation to many when in the House play of Pinter’s, The Birthday Party, he brought a rich pathos to the central figure of Stanley. The highlight of his acting career, with many of the cast, was under the Cedar tree on the South Front for two beautiful evenings in the tragic Of Mice and Men, in which he played the simple giant Lenny.

Two weeks later, his opposite number as George in that play was invited by the Headmaster to be Second Prefect and the Head of School was, of course, Giles. The humility with which he approached this role was of a man who did not trade in misplaced self-confidence. Though there was no one better to stride into the Marble Hall for assembly, shout “quiet please!” and allow a senior member of staff to step forward on to the dias he had convincingly slammed to the ground.

It was his leadership abilities that the Grenadier Guards sought out, having completed the gruelling Brigade Squad entry qualification to be an officer in the Household Division. This came to fulfilment after three happy years at Exeter reading Maths and Geography and living in ramshackle farmhouses a half hour’s drive away. His last performance was as the police officer in Pirates of Penzance, returning to a standard typecast to declare “A policeman’s lot is not a happy one” – all together now: “Happy one”.

The army Giles joined was still assembled in West Germany in large numbers, but his battalion was regularly called on for public duties as well. After a stint on loan to the Welsh Guards, he returned to the Grenadiers to become Captain of the elite Queen’s Company and was Escort to the Colour in the 1993 Trooping of the Colour. Giles had grown an inch since Stowe to 6’8.5” so his bearskin in proportion to his height made him an incredibly imposing figure on Horse Guards Parade. He joined the Royal Household for a while as equerry to the Duke of Edinburgh and achieved his ambition to be a Company Commander on a final tour of a still febrile Northern Ireland. He received a breeze block to the chin on live TV while providing security during the ‘marching season’.

In August 1991, just ten days after delivering his Best Man’s speech in the Music Room at the reception of his former Second Prefect, Giles swam the Channel from England to France. He had been training for this, supervised by the Channel Swimming Association, by driving through Germany to Dover for a harbour swim, getting his open water time up to ten hours. Giles’ channel swim itself went on for 16 hours. It was an extraordinary feat of willpower which left him breathless for about four days afterwards.

It was through church friends and while on a London posting that Giles got to know Arabella Lennox. Their first married home was with the Grenadiers at Wellington Barracks, later Northern Ireland. Giles left the army as a Major and transitioned to civilian life via an MBA achieved with Distinction at Warwick Business School. He and Arabella moved to Shropshire, the county of her family, where Giles refused lucrative offers to go into business consultancy and instead threw his lot in as Head of Strategy at British Nuclear Fuels, declaring that he wanted to help build British industry. Giles and Arabella bought Wood Farm where they brought up five children and which was the home to his business, latterly becoming a portfolio consultant specialising in HR for companies doing restructuring.

One of the organisations with whom Giles worked intimately with was the Conservative Party. He became one of the senior staff members as HR Director and took on the Candidates’ List as well as reorganising and systematising what had been an organisation based on patronage. This fitted with the new mood of the Party headed by David Cameron, who referred to Giles as “The Plumber” for his ability to get things fixed. He stood as a General Election Candidate in Ashfield against the then Defence Secretary Geoff Hoon.

Giles’ own family were sincere Christians and Giles, too, was committed to an integrated life of faith and action. It was a Christian friend of his parents on staff at Stowe who had suggested this would be a good place for the individual that Giles had already become. He and Arabella had helped the Alpha Course grow from their time in London and this was another significant part of his life wherever they were. For a time, his work and Christian life overlapped when Giles was the head of HR at Holy Trinity Brompton, where his faith had come alive and where he and Arabella were married.

Halfway through his 40s Giles developed another bout of cancer. He had successfully repelled some more readily treatable versions of it but the bowel cancer which was subsequently operated on would not go away. His final days and weeks were spent with all the family at home because of lockdown – a strange mercy. At age 53 this phenomenon died at Wood Farm on 22 June. His Second Prefect had become a Priest and conducted his funeral. Giles Inglis-Jones is survived by his wife Arabella, Chief of Clan Kincaid, and their children Angus, Jessie, Ella, Dominic and Kalula aged between 10 and 22.