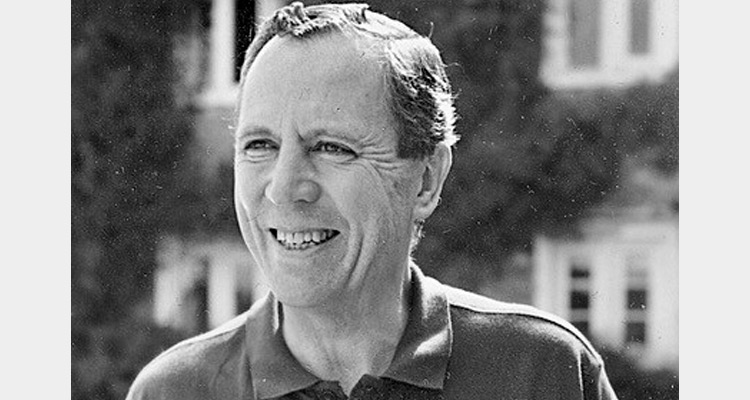 When we were children our father always used to talk about how happy he had been at Stowe, how he had only been allowed to go away to school aged 13 because his mother was American and didn’t hold with boarding school and how he had loved the opportunities available at the School to try such a wide range of different activities.

Our father was in fact very much an all-rounder, a very technical man, on the one hand, reading Mechanical Engineering at St. Catharine’s College, Cambridge and yet possessing a real love for music, languages, literature and history at the same time. He remained throughout his life, able to recite by heart many of the poems he’d learnt at school. After Cambridge, he set off with fellow Stoics Anthony Howarth (Chandos 56) and Michael Millbourn (Temple 55), on a challenging Round Africa Expedition, completing his National Service on his return. He worked as Technical Managing Director at the family company, glass manufacturer Johnsen and Jorgensen and later as an Agent and Consultant Medical Engineer. He used to say that had he not gone into Engineering, he may have liked to become a surgeon, finding similarities in the two disciplines.

Derek played the organ at his local church and did a great deal of work for Remap, a UK charity that helps disabled people achieve independence and a better quality of life by designing and making equipment for their individual needs. As children, we played in his 1927 Phantom 1 Rolls Royce, which he restored over many years and let out for events, always driving the car himself. He was, however, an unassuming man who was happiest solving a technical problem in the “lab”, having good healthy doses of both patience and determination. His greatest love was his family. His greatest regrets about dying were having to leave his wife of 58 years on her own, to be unable to continue supporting his younger son and grand-children following the tragic loss of his daughter-in-law earlier in the year and “not being able to see all the new technology that the future is sure to bring”.

“I arrived at Stowe in the summer of 1949. After a week or two, on a Sunday afternoon, I had gone out exploring the exciting overgrown landscape gardens. I was near the swimming enclosure on the Eleven Acre when I realised I would probably be late for Chapel. I started running back when a small car stopped between the Lakes and the driver offered me a lift. He knew my name and asked if I was finding my way around alright and when we got to the balustrade on the South Front he stopped and said he was going to the right but felt if I ran fast to the left I might make Chapel in time. At that moment I realised the driver was JFR, the Headmaster” Derek Jorgensen (Temple 53)