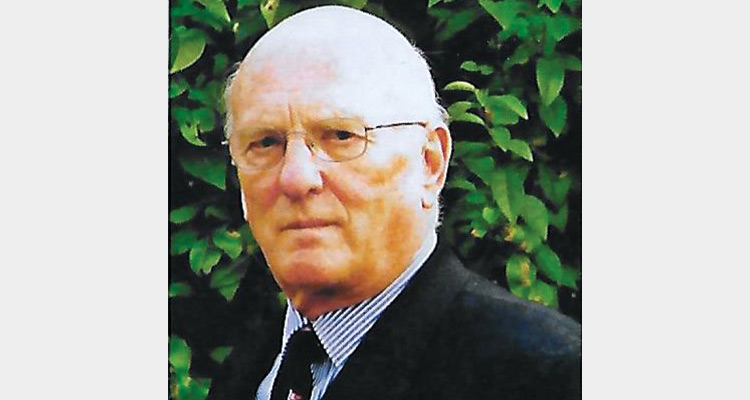 After leaving Stowe, David did his National Service in the Navy where he was commissioned. He thoroughly enjoyed the experience and it left him with a love of all things nautical, which remained with him the rest of his life.

He married Liz Ainsworth in 1957 and they had two sons and a daughter. Both the boys went to Stowe. The elder, Simon (Grafton 76) pre-deceased him.

Joining the family firm of tyre distributors, he worked in Preston until the firm were taken over by Firestone. Later he was posted to Lenzie in Scotland, which was a happy time for the family. On his return to England, he completed his career in financial services.

David was responsible for the formation of the Northern Old Stoic Society in 1962. This was chaired by David Bramley (Temple 27) one of the original 99. An Annual Dinner was held at the Grand hotel in Manchester for many years. This was a very popular event often attracting over a hundred old Stoics. Its success was due to David’s drive and enthusiasm.

He was a member of Lytham Yacht Club and was twice commodore. Latterly David suffered from dementia and was looked after at home by his devoted wife of 63 years. It was a source of great pleasure to him to meet his first great grandchild earlier this year.