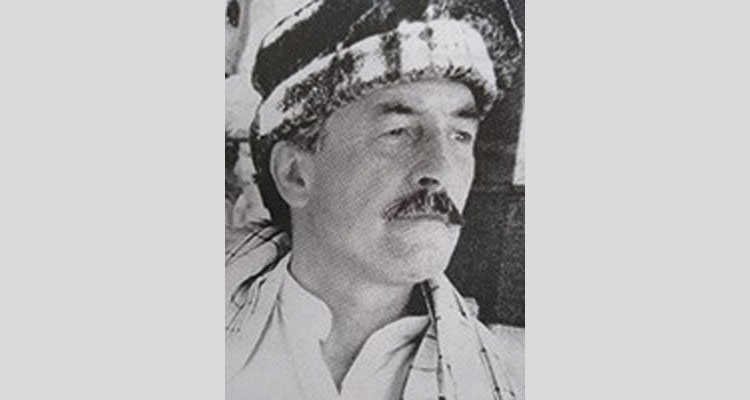 Scion of the Chetwynds of Ingestre Manor in Staffordshire and Bearhaven in County Kerry, Rupert Chetwynd died on 26 April 2021 aged 87 after a short illness. The son of a Grenadier, Major Wentworth Chetwynd MBE, he had originally been destined for the Royal Navy like his grandfather and great-grandfather, but after failing to impress the Board of Admiralty, he joined the Grenadier Guards as a National Service officer in 1952 after completing his studies at Stowe.

After two months with 1st Battalion, Rupert was posted to 3rd Battalion stationed in the Canal Zone. Although the Battalion enjoyed excellent training opportunities, its operational commitments had been much reduced and life in camp was humdrum. In search of adventure, he joined No 1 (Guards) Independent Parachute Company, the pathfinder unit for the newly formed 16th Independent Parachute Brigade Group. Having completed his National Service in 1954, he tried stockbroking before joining the well-known City advertising company Foster, Turner & Benson Ltd. Creative, persuasive and persistent, Rupert found the world of advertising a rewarding milieu and went on to found his own successful agency, Rupert Chetwynd and Partners, which later merged with Streets Financial.

In 1975 he joined 21 SAS at the age of 41 and soon became an officer. It was around this time that he began a love affair with the island of Corsica after discovering the unspoilt village of Campomoro on the Bay of Valinco. It became his main home supplemented by a pied à terre in Chiswick. In 1977, he wrote an unsolicited letter to the US Boeing Corporation outlining his views on the future of transatlantic civil aviation. Having not heard back from them, he moved to Hong Kong with his family where the company contacted him and appointed him a roving sales ambassador for the next five years.

Restless and bristling with ideas, Rupert seized the opportunity when invited to become involved with the Guildford Surgical Team (GST) and their project to treat Mujahedeen fighters who had been wounded in the war against the Soviet Union in Afghanistan in 1979 and to assist the multitude of refugees who had fled their homes. Donning Shalwar Kamees and with the support of Afghan Aid UK, he helped organise the infiltration and extraction of medical teams into the war-torn country; between 1985 and 1992 over 260 foreign medical personnel operated on and treated some 4,300 patients.

In 1997 Rupert teamed up with his former Parachute Company Commander, Peter Stewart-Richardson, Coldstream Guards, to start the Afghan Mother and Child Rescue (AMCR) project. Their aim was to build and equip a mother and child health clinic at Rokha in the Panjshir Valley, a project made considerably more difficult following the Taliban capture of Kabul the previous year; suddenly the valley was under siege and the only way in and out was by UN plane, ex-Soviet helicopter, horse or foot. Since both men were oblivious to danger, discomfort and hardship, it was an environment in which they thrived and their shared qualities of dedication, resilience and compassion ensured that Rokha came to fruition. Several other clinics followed in Kunduz, Takhar and Badakhshan provinces.

It soon became apparent to Rupert that charitable donations from Middle East donors were being syphoned off for fundamentalist political activities. In addition, he discovered that a German charity associated with AMCR was in the business of supplying arms to drug traffickers. As if that was not depressing enough, many of the medicines donated by US manufacturers and other international donors were sold on long before they reached those in need. With his late mother Bridget Chetwynd as his literary icon (she had written several successful novels) Rupert chronicled his findings in Yesterday’s Enemies: Freedom Fighters or Terrorists (2005), a detailed account of the GST and AMCR’s humanitarian activities together with the story of his tenacious investigation into the financial and political chicanery practised by various charities.

As a result of his experiences in the Middle East and Central Asia, and his first-hand encounter with the mechanisms of terrorist funding, Rupert then became involved with The Institute for Statecraft, an Edinburgh-based foreign policy think tank where Christopher Donnelly, the former head of the UK Defence Academy’s Advances Research and Assessment Group, was co-director specialising in dealing with new security threats and responses. As well as writing for Abdullah Faliq’s Arches, the Cordoba Foundation’s quarterly magazine, he became a senior adviser to the Beirut-based Conflicts Forum founded in 2004 by Alistair Crooke CMG and was at the forefront of attempts to draw Hamas, Hezbollah, Islamic Jihad and other Palestinian groups into the political process. At one stage, Rupert played a key role as an alternative channel of communication to Erskine Childers, the then President of Eire, and Tunku Abdul Rahman Putra Al Haj when Prime Minister of Malaysia.

Prior to Operation HERRICK 11, Lieutenant General Roly Walker DSO, then commanding 1st Battalion Grenadier Guards, invited him to address the officers and senior non-commissioned officers on the lessons he had learnt in Afghanistan. In 2010 he was one of a number of experts and fieldworkers who signed an open letter to President Obama, calling on him to explore a political settlement that included the Taliban for ‘the military campaign is suppressing, locally and temporarily, the symptoms of the disease, but fails to offer a cure. Military action may produce local and temporary improvements in security, but those improvements are neither going to last nor be replicable in the vast areas not garrisoned by western forces without a political settlement’.

In his last years, Rupert was busy writing My Kingdom of Corsica: Paradise Revealed, an engaging account of how he and his family had arrived on the island some 50 years ago in their campervan and embarked on a Robinson Crusoe existence on a plot of land on which they later built a home. In parallel he was also writing My Name is Legion…for We are Many: Flotsam and Jetsam, an autobiography arranged by memorable encounters with people and places in a life characterised by boundless enthusiasm, eccentric choices, a passion for good causes, some won, some lost and a humorous disregard for convention.

Rupert was married twice, first to Antonia Clark, with whom he had five children, Rupert, Dominic, Crispin, Alexander and Persephone, and secondly to Luciana Arrighi, a Brazilian-born Italian-Australian artist who is an award-winning set, costume and production designer. They had two children, Alalia, better known as Monster Chetwynd, a leading British contemporary artist known for her exuberant performance pieces and Aaron, an architect based in Stafford who found his vocation while building a family yurt in Campomoro.

As published in Guards Magazine