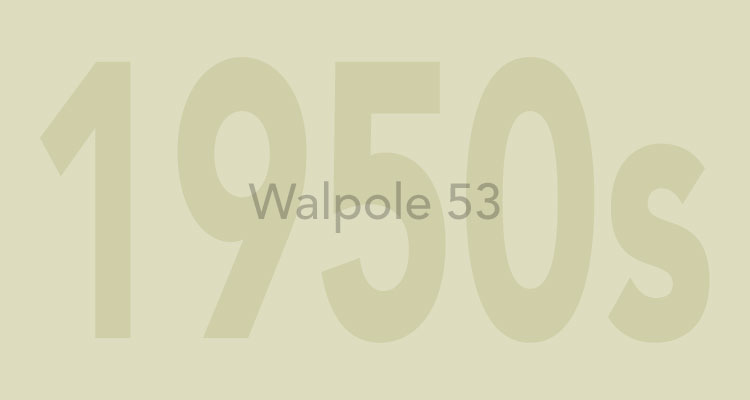 JF Roxburgh once good-humouredly said his overriding purpose was to turn out young men who would be “acceptable at a dance and invaluable in a shipwreck”. JF’s goal of producing young men of outstanding character, integrity and ability was certainly fully realised in the form of one of his last protégés, Andrew Trimingham (Walpole 53).

Andrew was born in Bermuda in 1934, the son of Sir Eldon and Lady Trimingham. Andrew’s love for theatre developed at Stowe, where he had leading roles in school plays and learnt how to design and make costumes. He put those skills to good use when he returned to Bermuda in the late 1950s, after three years reading law at Brasenose, Oxford.

Andrews’s affection for Bermuda, its culture and its people reached an almost romantic pitch at times, as evidenced by his many contributions to the island’s arts and heritage fields over the span of more than six decades. All the while, he embodied the virtues of duty, honour, courtesy and sacrifice instilled in him at an early age by Roxburgh.

Andrew liked to joke that he partially repaid his debt to Roxburgh when he worked on the legendary 1960 Broadway production of the Lerner & Loewe musical Camelot – something of a celebration of his mentor’s moral and educational code kitted out as an Arthurian romance, with his one-time headmaster providing the model for the show’s rendering of Merlin.

Andrew moved to New York in the 1960s to pursue a career in theatrical costume. By the end of the decade, he was in charge of wardrobe at the New York Shakespeare Festival, whose producer/director, Joe Papp, he greatly admired. Had he stayed on in New York, he no doubt would have had a satisfying career in theatrical costume but instead he returned to Bermuda to run the family business, Trimingham Brothers.

For some years, Andrew was President of the Bermuda National Trust and afterwards he wrote Devonshire Parish for The Bermuda National Trust Architectural Series. Together with Jack Arnell, Andrew also co-founded the Maritime Museum, now the National Museum of Bermuda, and coordinated the major effort to ensure the museum would be ready in time for its official opening during the Queen’s visit in 1975.

Andrew was the recipient of the Bermuda Arts Council’s prestigious Patron Award in 2016.