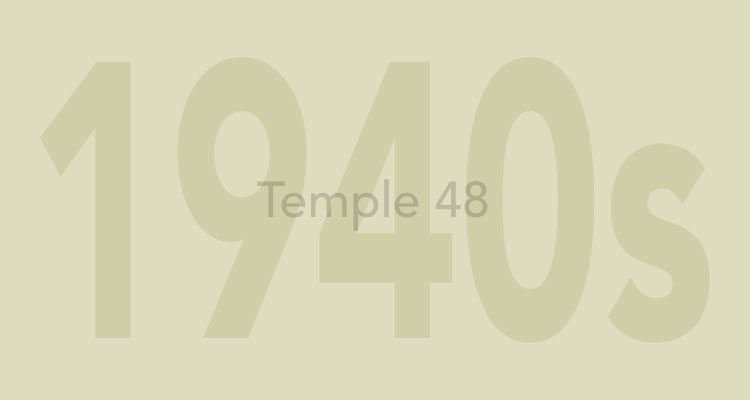 Alan Caiger-Smith was born in 1930 in Buenos Aires, where his father, Christopher, was an industrial chemist working for ICI. He had a younger brother, Mark, an economist-turned-botanist, who died some years ago. When Alan was two the family returned to Britain. Three years later Christopher, a keen rock climber, was killed when he fell off a cliff. To support her young boys, Alan’s mother Helen (née Massey) began to study ophthalmology. In 1941 she took a post at Reading Hospital and the family settled in Aldermaston, Berkshire.

Young Alan was educated at Stowe School and from an early age was drawing and modelling figures in clay. In 1947 he enrolled at Camberwell School of Art. However, he was disappointed with the course and after two years got a place at King’s College, Cambridge, to study History and English Literature. He regained his interest in art, resumed painting and returned to modelling clay figures, which he sold to friends, including the writer Simon Raven.

A friend introduced him to the potter’s wheel and after leaving Cambridge he took evening classes at the Central School of Arts and Crafts. He was taught the art of throwing by Dora Billington, who noticed his interest in decorative patterns and pointed him in the direction of using tin-glaze.

After being turned down for jobs at several workshops he decided to strike out alone. “The old smithy in Aldermaston, where I’d grown up and where my mother still lived, had been empty for three years and proved ideal,” he said. “I bought it for £500, lodged with my mother and started ignorant but optimistic and full of energy.” He was joined after a year by Geoffrey Eastop, who went on to become a successful potter in his own right, and they began to establish a style of highly decorated tin-glaze with a Persian influence.

In 1956 Caiger-Smith married Anne-Marie Hulteus, a Swedish woman working for an ecclesiastical architect who was a friend of his family. They settled in Homer Street, Marylebone, where he established a second pottery, commuting regularly to Aldermaston.

To Caiger-Smith making pots was a “convivial activity” and he viewed the idea behind a pot as being as important an element as the balance between the brushwork decoration and the form. “If you are not enjoying the work it will not be good and if it is not good no one will want to buy it,” he would tell them.

Caiger-Smith was a lover of poetry with a particular enthusiasm for the work of Yeats and TS Eliot. Over the years he wrote many articles and books including Tin-Glaze Pottery in Europe and the Islamic World (1973). Pottery, People and Time, published in 1995, was not a memoir, he said, rather it was “about people who make things” and included descriptions of his visits to potters in Egypt, Spain and Morocco.

Anne-Marie died in 1994 and Caiger-Smith is survived by their four sons: Nick, who became a merchant banker before also turning to pottery; Martin, who is a curator at the Courtauld Institute of Art; Patrick, who is a director of a green energy company; and Daniel, who works in marketing. After Anne-Marie’s death he met Charlotte Davis, a former teacher, who survives him.

He remained true to his belief that pots should be for use rather than just for decoration — even if that meant his work was never going to be in the top price-bracket. “If a thing is useful it reduces that gallery price to about half,” he said with a laugh, adding: “I’m rather glad. Doing only display pieces smacks of investment and the art market.”