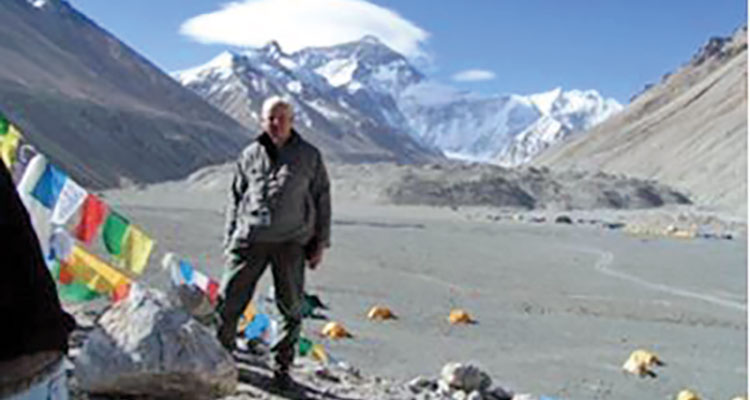 Derek tells us, “I did not travel last year but did an ‘around the world tour’ extending over two years in 1998/1999 almost entirely overland. I have now spent time in over 127 countries. I have slept on all continents in that time and most recently was a member of the first group to enter Myanmar overland from North West China and to travel through that land to the south and back into Thailand in 2013. Another unusual and long trip I did in 2004 was a 4×4 Rally from Beijing across Northern China to Tibet and on up to Everest Base Camp, before returning to Hong Kong via a southerly route. This was before many of the excellent new roads were completed.”