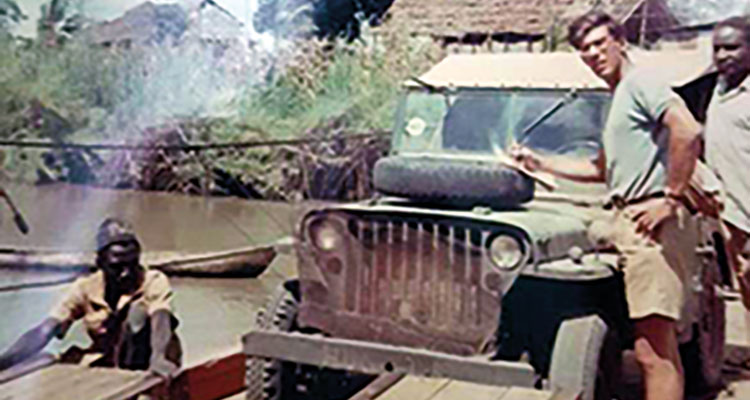 Jeremy writes, “After leaving Stowe in 1956 and having completed a BA (Hons) at UCL, I realised that I had absolutely no idea what I wanted to do with the rest of my life – but I did know that some kind of office job in London held no appeal whatsoever. However, in August 1961 I was fortunate to bump into two guys intending to drive to Kenya in a 1942 Willys Jeep, to be in time for the wedding of the sister of one. And so I joined them and we arrived in Kenya 8 weeks later. I taught English and French in Nairobi for nearly a year, before continuing the journey down to South Africa in 1962. Once there, I went back to university and became a zoologist, having obtained a PhD in zoology in 1980. I retired in 2003 and now live near Hermanus on the south west coast, about 75 miles from Cape Town, with my second wife.”