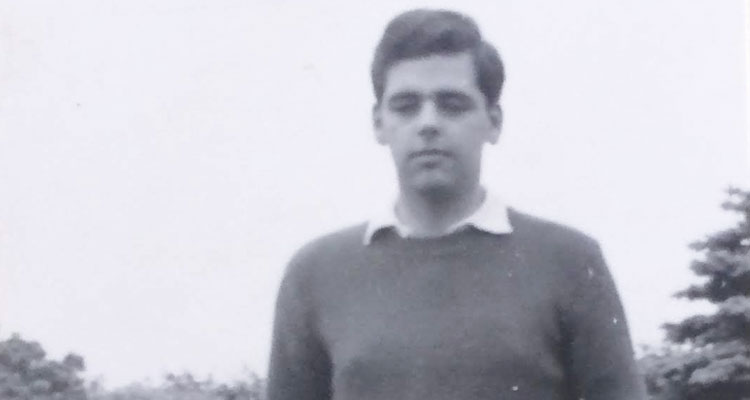 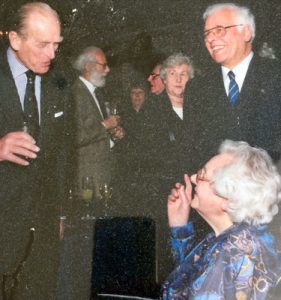 Bruce first started boarding at Stowe in 1951, in the old Bruce House. His association with Stowe had a lifelong impact, evidenced by the wearing of his Old Stoic tie throughout his life: two of his three sons went to Stowe, James Snyder (Bruce 91) and John Snyder (Bruce 84). Part of Bruce’s lifelong love of Stowe was his appreciation of the beautiful landscape gardens of Capability Brown designed of this palace home of the Duke of Buckingham. David Stewart said that having gone to Stowe you could not help but become appreciative of at an unconscious level.  J.F. Roxburgh was indeed right in saying that one who has been to Stowe can see beauty for the rest of his life. Bruce appreciated the beauty of the natural realm, whilst learning to be very individual in the boarding school routine.

Stowe was an all-boys experience in the fifties. He made the point that if you had a choice of route to walk when at school, always take the longer more scenic route if you can, as it is always worth the journey. “Soak in the South Front view before breakfast”, he used to say. Stowe fitted his family background of entrepreneurs and enterprising merchant bankers. Bruce’s curiosity significantly moulded his character, proudly living by the principles of Stowe throughout the rest of his life. Bruce loved the gardens because they perfectly described the ethos of Stowe: freedom of expression and intention combined. During his time at Stowe, he read the autobiography of a Yogi by Prahamanansa Yogananda, transforming his world view and inspiring his life-long interest in that of quantum physics and mechanics. His advice to Old Stoic friends would be not to pay too much attention to jobs that already exist, that the most interesting jobs hadn’t yet been invented and that to limit yourself to what was already known was constraining. Furthermore, he would say that you do not have to work for someone else.

Back in 1950s, he would race from London to the East in sports cars – enjoying adventure and fun times. The young Snyder travelled far and wide too on many international family holidays throughout the 1950s and 1960s. His friends gave him the appetite of adventure and his career took overseas and, later, into the realm of outer space.

Bruce served National Service in the RAF and was stationed in Germany working on top secret radar systems development for British government covert operations. In 1958-1959 the RAF took him, with WSM, to Germany to work on new ground radar support systems. He would listen into space for Sputnik and intelligence on the Russian space race, whilst mastering the bleeding edge of radar technology. Whilst in Germany, he took part in secret operations, building satellites. The government would lock him and his colleagues up for weeks into secret chambers to innovate. He knew of the types of classified projects that would come out only decades later, many of which are yet to be revealed. A spin off of being in the RAF was his passion for piloting aircrafts, which later led to him founding early aircraft companies such as Ace Star Aircraft, BIA Aviation Services, and GA Self-fly Hire.

By 1963 he was reading semiconductor materials research at St. Andrews University on one of the first engineering courses in the country – it was a ground-breaking course. His studies continued into 1967 in Dundee on a Postgraduate PhD Programme, which led to him working on pioneering engineering projects with GEC Marconi radar systems design and development. The pattern of pioneering continued when he developed an early internet system in the Prestel system for BT, before founding his own telecommunications company ‘Brucetel’, which was harnessing the early telecommunication laboratories and developing new adaptive systems for use with satellites. He thus leveraged his formal experiences with Bell Telephone company testing systems at Bell Belgium in the mid-70s.

Another example of pioneering and the early adoption of new technology was in his founding of the first Hologram production company, ‘Applied Holographics’ in 1983, where he played a huge part in developing the first mass produced holograms. This spawned into an offshoot company he founded in 1989 called ‘HoloMart’, an early holographic franchise.

His joy was to be part of making something new happen. Bruce used his skills as a systems analyst, electronics engineer, computer scientist and physicist, to solve technical and administrative problems within a wide range of companies. His curiosity and wonder of science led him towards other passions. He mused over the role of quantum mechanics in human well-being long before it became mainstream. In essence, he was, like most Old Stoics, a maverick. He felt society at large required a small percentage of mavericks to disrupt the status quo, to unearth new ways of behaving and thinking and to unlock the true human potential to invent and change.

In the late 1970s, he became the lead senior Engineer on the European Space Agency’s ERNO system test requirements project with VFW fokker, testing the complete European Space Lab, or Skylab as NASA called it. With ITT Europe he developed self-test software for ESA’s European space lab. He would bring scale models of the space laboratory that was to be inserted into the space shuttle to be launched for the International Space Station, into the home.

Space offered a whole new horizon, full of the new, the unknown and the yet to be explored. A fertile zone for someone who does not want to be constrained by what we already know. If space was where his curiosity roamed at the biggest scale, quantum physics filled his interest at the subatomic level. Bruce was adamant that quantum physics was the base of life, the universe and everything. Working within the Space industry affected him in that, like all space scientists, he looked decades ahead of his time.

Bruce had a tendency to create new companies and ventures. He helped create ‘Microgen’ in the early 70s, which still operates today and is listed on the London Stock Market. He helped found Microgen because the concept that the entire content of a library could be put on microfilm and fit into a shoebox fascinated him. This fascination became the core of Microgen information retrieval systems and computer output microfilming.

His company, ‘Applied Holographics’, was equally successful and in 1985 he took the company public. “True to his learnings from Stowe, he would always make money by talking to people and finding something that he could contribute toward the other person, or work together on.” recalls a friend. “He loved to start, to create, to build, to nurture something new, but the day-to-day running of businesses bored him to tears. He always told people to do something you love and if you don’t love it, or stop loving it, to do something else, and he lived by those rules.” These are the principles he lived by, recalled one of his three sons.