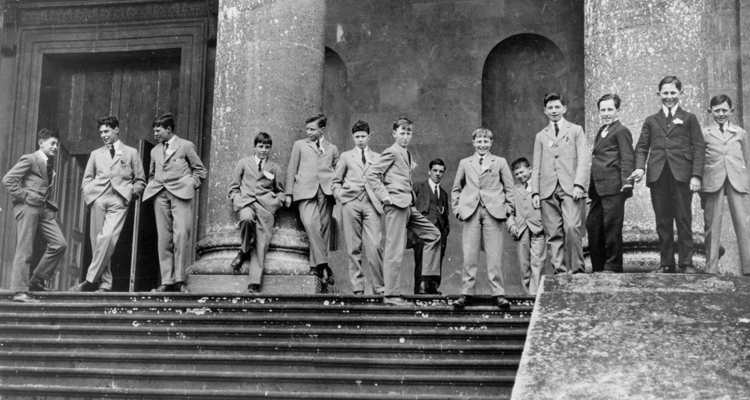 THE GOLDEN AGE OF THE INDEPENDENT SCHOOL

Three of the schools where I spent fifty years of my life, Christ’s Hospital, Clifton and Stowe, now charge more than £30,000 a year. The other three, a former London grammar school, King George V School, Southport, and Collyer’s, a sixth form college in Horsham, are by law not allowed to charge anything. All six educate teenagers up to A level, and that 30,000:0 fee ratio is an expression of a divided society.

During the Second World War, a hundred years after Disraeli had warned against the danger of England becoming a society of Two Nations, the rich and the poor, the government was so concerned about the divide between the public schools, with fees from about £150 to £200 a year, and the grammar schools, charging only £15 to £20 (a ratio of 10:1), that it set up the Fleming Committee to consider how to integrate the public schools within a national system.

The committee reported in the week of the D-day landings, its recommendations were ignored, and ever since then successive governments have exacerbated the problem while trying to resolve it.

The war-time coalition produced the 1944 Education Act, which resulted in the division of eleven year olds into three categories. First there were the natural leaders, who by virtue of their ability were to go to a grammar school, if they did not already, by virtue of their social status and money, go to a public school. Next there were the natural artisans, who should go to a technical school. Finally there were those regarded as unsuited to either academic or technical education, who were sent to ‘modern’ schools.

Parents were deprived of choice, there were too few grammar school places, hardly any technical schools were built, and those humiliated by being sent to a ‘secondary modern’ school were given a curriculum which was neither interesting nor useful. Parents who could afford it paid for their children to escape this tripartheid system, and the independent sector grew and flourished.

Most grammar schools were forbidden from charging fees and were required to operate an 11+ selection procedure to determine which children they should educate. They were widely blamed for a system imposed on them by politicians and were criticised as elitist and meritocratic. Caught between the Scylla of Socialist suspicion and the Charybdis of Conservative contempt, most were destroyed.

Next came comprehensive schools, established with a naïve vision of an ideal society in which all the young would be educated together, and between 1970 and 1974 Margaret Thatcher, as Secretary of State for Education, disliking the comprehensive movement but with no policy of her own, approved plans for comprehensive reorganisation sent in by local authorities on a larger scale than any Secretary of State before or since. The independent sector flourished even more.

A number of the best grammar schools, ancient ‘direct grant’ and ‘voluntary aided’ ones, had stood aloof from the comprehensive movement. But in 1976, a Labour government used financial pressure to make them all comprehensives.  It miscalculated. Most of them preferred to become independent, and thus, ironically, Labour massively increased both the size and quality of the independent sector.

Back in the middle of the twentieth century there had been a noticeable divide at the universities of Oxford and Cambridge between the (on the whole) academically superior grammar schools and the (on the whole) socially superior public schools.  Now, as a result of intervention by a Labour government, both were independent. The divide was now between the independent schools, both public schools and independent grammar schools, which between them educated 7% of each year group and got half the university places, and the maintained schools and colleges, which educated 93% of the young and got the other half of the university places.

Meanwhile, the public schools were changing their image. They were giving up fagging and beating and increasingly referred to themselves as ‘independent’ schools. They concentrated far more on academic excellence than they had in the past and, at the same time the grammar schools which had joined them as independent schools, acquired some of their social prestige.

In the ‘state’ sector serious problems developed in comprehensive schools. They were often too big and with small unworkable sixth forms.  In inner cities they were often ill disciplined as well. A change was needed, and many local authorities realised that, even if children were not to be divided by ability, they could be divided by age. Thus the sixth form college was born. By the 1990s about 120 sixth form colleges were educating a quarter of all A level candidates and were offering serious competition to the independent sector.

So, in 1992 another government, this time Conservative, cut their funding. It removed them from the control of local education authorities, of which it was increasingly suspicious, blocked the founding of any more and cut their funding until a quarter could not survive and the rest had to ‘‘pile ’em in and teach ‘em cheap.’’

At the same time it required all schools and colleges to publish their examination results in such a way that any independent school which chose to educate only the clever, talented and rich was always going to have more impressive average A level results than any school or college which educated the full range of ability.

Schools and colleges funded out of the public purse have to try to do for about £4,000 per pupil what a leading independent school does for about £32,000. Some do remarkably well. Many more do badly. The system varies from one area to another and is a muddle and a national disgrace.  New thinking is needed, and strangely enough the solution may be to let some (or even all) maintained secondary schools and colleges operate more like independent schools.

David Arnold left Stowe in 1976 to be the headmaster of King George V School, Southport, with the job of turning it from a boys’ grammar school into a mixed sixth form college. His latest book, Education and Politics, a history of unintended consequences and the case for change, is due to be published in the New Year.