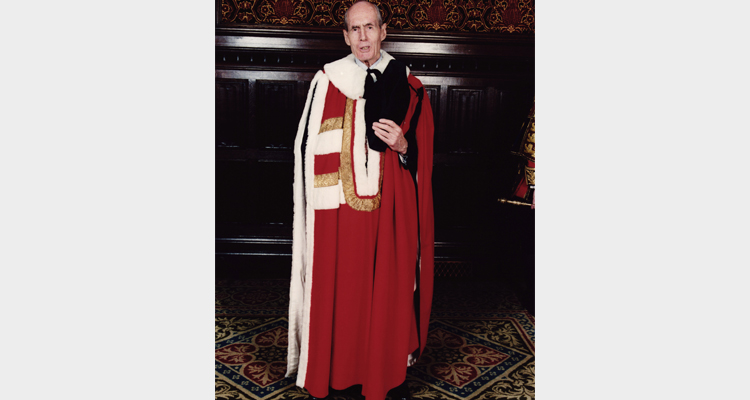 LETTERS TO THE EDITOR

I have received your email about the next edition of The Corinthian, and note the intention to focus on the theme of compassionate Old Stoics to commemorate the Centenary of the birth of Leonard Cheshire. He was a man whom I admired when I was at Stowe, and remember reading a book about him entitled ‘Cheshire VC’, and I was proud that he was an Old Stoic.

In 1980/81 I was invited to become Chairman of a committee which would be responsible for building the first Cheshire Home in Northern Ireland. It was a pioneering venture, and different from all other Cheshire Homes. It was designed to cater for young handicapped people who were leaving home for the first time, and wanted to be independent of their parents. Cheshire House, Belfast was opened officially by Leonard Cheshire in 1983 and has been a great success. Leonard stayed at our house at the initiation of the building and at the time of its opening. He was a very modest man who made light of his achievements. Although frequently money was not available for projects, he never worried about it and somehow it always came good.

I retired as chairman of Cheshire House committee following his death in 1992.

I have the thank you letters from Leonard following his two overnight stays with us.

I hope that this may be of interest to readers of The Corinthian.

Many Old Stoics will remember Peter Longhurst (Former Staff 1966 – 1988), who arrived at Stowe as Economics Tutor in September 1966, two terms before I arrived as History Tutor. I was very fond of him and enjoyed his stories about his former school and about Southport, and exactly ten years after Peter left KGV, where he had been a housemaster, I went there as headmaster.

I then heard stories about Peter and how determined he was that his house should win as much as possible. Above all, he was determined that they should win the Jubilee Cup for overall excellence, which was calculated on points related to performance in everything.

My favourite of those stories, which I heard only recently from a retired GP, was of how, when he was a boy in the school fifty-five years ago, he had been in Peter’s house. He fought in the first round of the school boxing competition, won, but fractured his right hand. So he explained that he would not be able to fight in the next round. Not so! Peter demanded to see him and insisted that he should carry on. His opposition, Peter explained, was another boy in the same house, so he could fight single-handed and lose. The house would gain points and the winner would go on to the next round.

Peter was apparently noted for the equation I + R = MF, or integrity plus resolution equals moral fibre, and with that attitude his house won the Jubilee Cup three years running, at the end of which Peter came to Stowe to ensure that the squash team never lost and that junior hockey players (I have to say, perhaps prudishly, to my disapproval) were trained in the value of the professional foul.  They usually won as well.