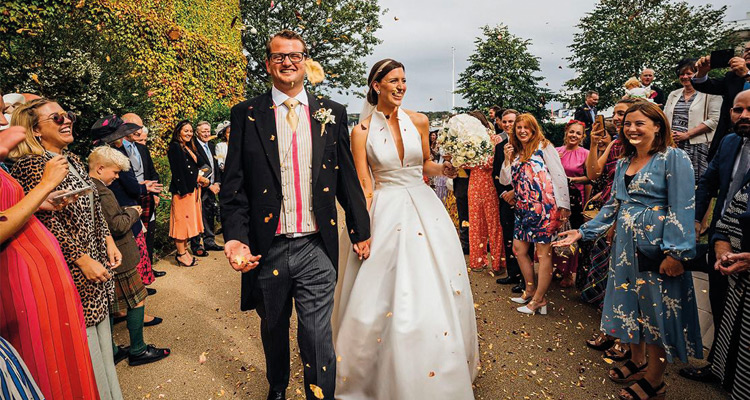 Rupert writes, “After a brief eight-year courtship, I married Cecily Rose Snagge at the Royal Yacht Squadron, Cowes, Isle of Wight, on the 31 of August 2019. The groom’s party was pretty heavy on the Old Stoics, my brother Freddie Wynne (Grenville 04) was the Best Man, Edmund Dabney (Temple 07) was Master of Ceremonies, my other brother William Wynne (Grenville 94) was an usher, Jack Jefferson (Grenville 07) was an usher and my now brother in law Henry Snagge (Temple 02) was also an usher. Trying to convey the emotions of that moment of union, I find using the written word sadly lacking but the nearest approximation of how I felt can be described as pure joy and completion.”