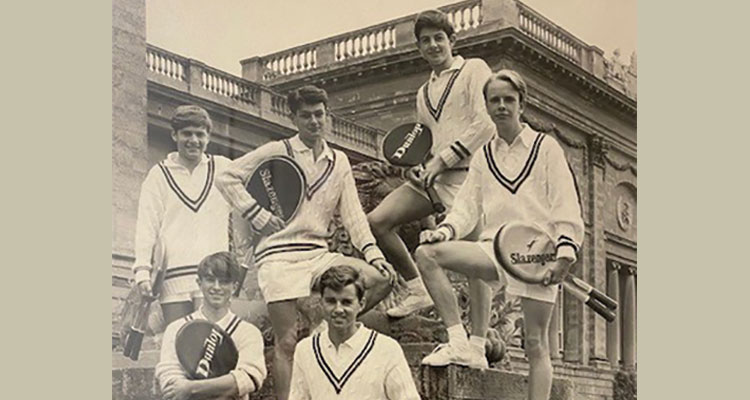 Peter writes, “After 15 years in Princeton, NJ, we are delighted to be firmly settled in our hometown of Duxbury, Massachusetts. An historic seaside town south of Boston, settled by the Pilgrims Myles Standish and John Alden in 1624. Duxbury was incorporated in 1637 (old by American standards). It was named by Myles Standish after Duxbury Woods in his home town of Chorley, Lancashire, Great Britain.

Maintaining those connections has been part of my charge as Trustee and Vice President of the Duxbury Rural and Historical Society. I continue to teach classes as part of the Lifelong Learning Programme to fellow seniors here in town with timely references to memories of Stowe, LSE and Oxford. As President of COFHE, with offices in Cambridge, MA and Washington, D.C., my wife Janet works closely with the presidents of the 35 most selective colleges and universities in the United States. Our youngest daughter, Meg just finished a two-year tour as a US Foreign Service Officer in Haiti. We are glad to have her back safely on US soil before her next assignment in Geneva, Switzerland later in the spring. We look forward to visiting her in 2022.”

I enclose an image of the Stowe Lawn Tennis team (1966). We won every match except the end of season heart-breaking loss, 5-4, to Bradfield. We went on to represent Stowe in the Yule Cup at Wimbledon. I played varsity tennis at university level in the US and at LSE (graduate school).