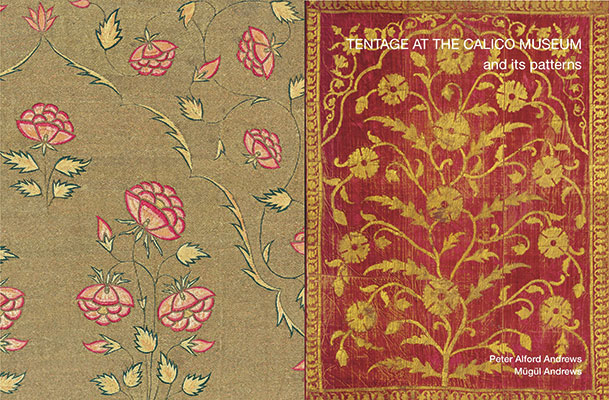 Peter writes to say that he and his late wife published a book in 2015 which is basically a catalogue of the holdings of tent panels and tents at the Calico Museum of Textiles, Ahmedabad, Gujarat, as an extension of the existing two-volume catalogue of textile holdings by John Irwin of the V & A and Margaret Hall, published in the 1970s. The new book, however, contains extensive comparative material. Its name is Tentage at the Calico Museum and its Patterns, and the ISBN is 978-81-86980-51-4.