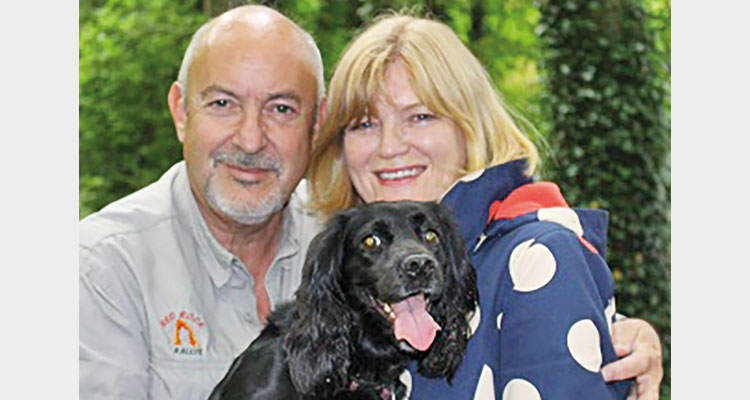 Paul writes, “Last year was a year of travel for Fiona and me. That tends to happen when you are married to an independent travel consultant. The first two and half months of the year was spent at our apartment in Andalusia – a good way of avoiding the leaden skies of England. Walking our two spaniels on the deserted tracks of the coastal hills while watching the sunrise over the Med is an invigorating way to start the day. Back in Dorset for March and time to get cracking with the classic Jaguars which form my ‘hobby business’, this time mixed with a fun ‘61 Corvette for variety. Then off to New York to exhibit at a small travel exhibition, mainly demonstrated to us just how much we prefer London these days and how eye-wateringly expensive New York has become, irrespective of the adverse exchange rate. Breakfast for two, however modest, could not be had for less than $50, in our experience. Time spent on a friend’s beautiful sailing yacht in Majorca for a birthday in April, ushered in the warmer weather. Segwaying around the cobbles of Vienna was fun in May, and then a rented house in Normandy with a bunch of chums for Fiona’s birthday in June. A lot of driving of E types and XKs filled the summer, as well as animal husbandry when our small herd of alpacas kept expanding courtesy of animals that we didn’t even know were pregnant! It was a particular surprise when the whitest cria (baby alpaca) we had ever seen emerged from our blackest mother. She looked as surprised as we did. Cutting the toenails and giving the annual inoculations to 13 supremely reluctant alpacas kept us humble. Nothing quite as grim as a malevolent alpaca getting you right in the face with a well aimed and malodorous spit! Goodwood Revival as entertaining, and over-crowded as ever – using all the picnic tables for lunch in the Mk10 four-up and dodging the showers was fun. A wedding in Tuscany and a quick hotel inspection in Mykonos saw the end of summer, and here we are, at the time of writing, on a river cruise with a bunch of American travel agents on the Danube heading from Nuremberg to Budapest. A frank warts and all tour of Nuremberg yesterday encompassing its dark and brutal history in WWII makes one realise just how lucky we all are to be alive at this particular time, despite its manifest and complex problems. Best regards to all Stoics, both Young and Old!”