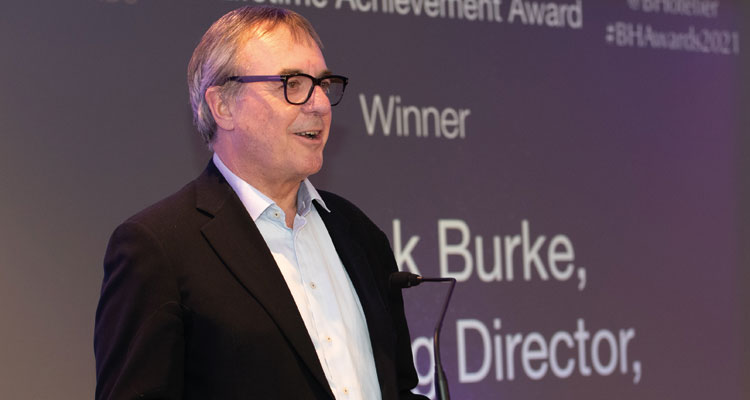 Patrick has been honoured with a Lifetime Achievement Award at the prestigious Boutique Hotelier Awards in London. Over the years, The Atlantic Hotel, Jersey has won many awards including four Red Stars and four Rosettes from the AA, as well as a coveted Michelin Star and the ‘Independent Hotel of the Year’ award at the 2014 Cateys. It is this dedication to creating a world-class hotel with exceptional levels of service that led to its membership of Small Luxury Hotels of the World (SLH) in 1993, the only Channel Island member. Patrick also works tirelessly to strengthen the public perception of Jersey as a luxury destination and in 2010 he co-founded the Luxury Jersey Hotels consortium to encourage collaboration and leverage the marketing investment of local hoteliers to attract new markets to the island.

Patrick said, “It has been a privilege to run The Atlantic for the last 35 years. So much of our success can be attributed to the incredible team of people who have worked with us over that time. I’d like to thank Zoe and all at Boutique Hotelier for recognising the work that we do as we continue to move forward as an independent family business.”