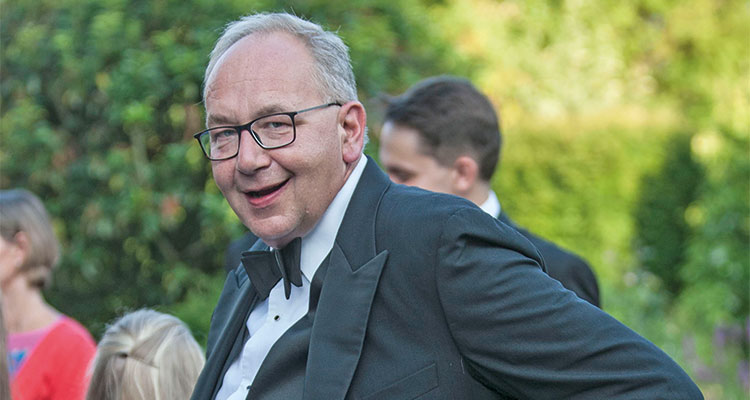 Tim came to Stowe in September 1979 and was already tall for his year: he was 6’4”. He enjoyed his time at Stowe and was gifted both academically and on the sports field. He particularly enjoyed his Spanish classes with David Mee as well as being a talented mathematician. Tim was the school record holder for a number of years at shot put and was an excellent goalkeeper known as the ‘Cat’. Tim was Head of House and a respected character both in Cobham and the wider school and had a large circle of friends.

After Stowe, he went to City University to study Economics and then spent two years working for Consolidated Goldfields in South Africa, before returning to the UK to work for British Gas for 17 years.

In 2006, he moved to the Dordogne with his family running his own currency trading business, letting out a holiday rental property, as well as undertaking freelance consultancy in France and the UK using his supply chain experience from British Gas as well as his technical analysis skills.

Tim had many close Stowe friends; in fact, he had seven best men at his wedding, all Old Stoics. His brother in law is an Old Stoic. There were 16 Old Stoics at the funeral. Tim is survived by his wife Tanya, sons Freddie and Ollie, daughter Sophie and sister, Lucy. He went too soon and will be sorely missed by all that knew him.