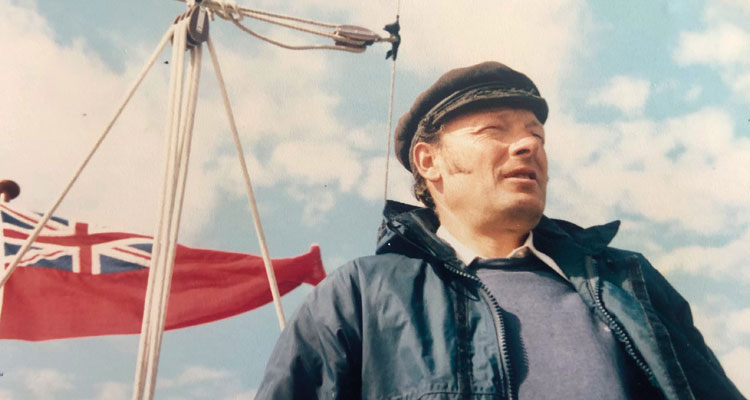 Roger Andrew Brown died peacefully on 14 June 2021 at home with his wife, Mary beside him. Roger’s time at Stowe was interrupted on two major occasions. Firstly, when he contracted polio at age 15 and was away for a year fighting back from this debilitating disease. Then at age 17 being caught in a study fire, which required a stay at the Radcliffe hospital.

Through this Roger never gave up and not only was he awarded House Colours for Clay Pigeon Shooting, but he also rose to be House Settler and later a School Monitor. Stowe gave Roger a uniquely independent outlook on life, for which he was always grateful.

After Stowe, Roger became a business owner in Matlock and then went on to work for Sheepbridge Engineering where he set up a new factory for the company in Kings Lynn and was responsible for the early days of production. Later he joined Bray Construction Equipment,
a subsidiary of Sheepbridge Engineering, as joint Managing Director. He not only succeeded in improving revenue and profits but also relocated the operation to Tetbury.

An accomplished sailor, many of his friends benefitted from his generosity with both his time and toys. There are endless tales of adventures on his 1937 Robert Clarke designed Bermudan Cutter, Mystico, followed by the Coronet power cruiser and a number of racing yachts. After meeting and marrying Mary and taking early retirement, he and Mary spent many years sailing amongst the Greek Islands and joining old friends in the British Virgin Islands for more sailing.

Roger had a passion for interesting cars and started off with a 1924 three litre Bentley in which he won the Manchester to Blackpool Rally. Then there were MGs and a Lotus – not to mention his final Mercedes SLC.

Together to the end, Roger will be sorely missed by Mary, his friends both from Stowe and elsewhere and, of course, the Isle of Man.